The buy side is busy creating its own resources for consensus data and this has meant that third party provision of this data is slowly declining in importance, said Paul Booth, co-head of the global data services team at Citi Investment Research. The decision to source this information directly is being taken by many of the larger firms because they have the scale to make the investment.

There are many issues with third party sources of this data, including time lags, inconsistency and important metrics being overlooked, he told delegates to FIMA 2008. “The problems inherent in third party consensus data also include an inconsistent approach in how the numbers are calculated,” he added. International Financial Reporting Standards (IFRS) are also not helping matters, and often ultimately results in more of a time lag between the reports being produced and vendor updates, as vendors check that the data is correct.

“There is no incentive for the broking community to get involved in making sure third party data sources are correct due to the lack of an ownership concept,” said Booth. The commoditisation of content means that the data is being diluted from these sources, he added.

In order to tackle some of these problems, there needs to be deeper engagement of the broker community with the vendors, he suggested.

“Third party consensus data will not die out but it will become less relevant over time,” Booth concluded. 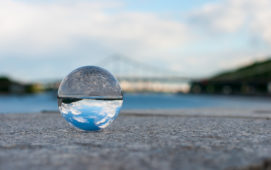 You can listen to the recording of this webinar by registering on this page. Balancing the use of personal data required by Markets in Financial Instruments Directive II (MiFID) as part of its transparency regime with the personal data protection rules set out in General Data Protection Regulation (GDPR) is a tough task – tell...