Telekurs Financial has released further details of the reference data it is adding to its Valordata Feed (VDF) to help its clients comply with MiFID. These details add flesh to the bones of the announcement the vendor made late last year of its plans to address the data requirements of MiFID (Reference Data Review, November 2006).

MiFID’s data requirements relate to transaction reporting and reference data more generally, says Telekurs. To accommodate the fact that certain decisions still have to be made by the regulators, Telekurs is implementing changes to VDF in two releases this year – with some of the data in place in the current VDF release.

A new instrument information level will contain a segment in which the following data attributes will be delivered: shares admitted to trading on regulated markets (with validity dates if available); shares considered “liquid” in the context of MiFID (again, with validity dates if available); and publication waivers, for transactions that exceed a certain limit and do not need to be published.

Telekurs is adding data attributes for institution and trading venue, identifying institutions in connection with financial instruments (eg issuer or operator of trading venue), or characterising trading venues as to their legal and regulatory position. As a National Numbering Agency the vendor has been issuing International Business Entity Identifiers (IBEIs) to institutions domiciled in Switzerland, Liechtenstein and other domiciles for which it acts as a substitute agent since January 28. The IBEIs have been delivered in the VDF message type TKIAD, Institution Administration.

Trading venues will be classed according to MiFID stipulations, Telekurs says, with Regulated Markets, Multilateral Trading Facilities and Systematic Internalisers being marked in VDF as operating company and trading place, and the Telekurs institution key (GK) as well as the exchange code (BCN/EC) being assigned.
Telekurs will mark data in VDF to highlight whether an instrument is defined as “complex” or “non-complex” – to assist firms in determining whether non-professional investors will require further information on a given instrument.

END_OF_DOCUMENT_TOKEN_TO_BE_REPLACED 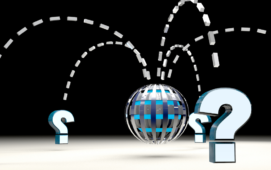 Electronic trading giant MarketAxess, which also provides market data and post-trade services for the global fixed income markets, today completed the long-awaited acquisition of Regulatory Reporting Hub, the regulatory reporting business of Deutsche Börse Group. MarketAxess acquired the business through Trax, its wholly owned subsidiary in the Netherlands, on November 30, 2020. The deal was...