A new name is set to appear in financial markets data centres. With its planned purchase of IBM’s low-end server business, China’s Lenovo is set to become a major arms dealer to trading enterprises. The transaction – announced last week and subject to regulatory approval (including related to foreign investment) – will see Lenovo pay $2.3 billion for IBM’s x86-based product lines and associated networking gear, as Big Blue continues its pull back from its hardware roots in reaction to declining margins.

For our space, it’s a big deal, even though its impact might not be felt for some time. I’ve lost count of how many market data delivery, trading, analytics and risk applications that I’ve encountered that run on “commodity hardware” – typically clusters, grids or loosely-coupled networks of x86 servers, running Linux or Windows.

While I don’t have stats (I’m not sure anyone does), anecdotal evidence suggests that most major financial trading enterprises buy the majority of those servers from Hewlett-Packard and IBM. Others like Dell (which apparently was also interested in picking up the IBM business), Oracle, Supermicro and Cisco Systems are nowhere near as popular. So there is a lot of business to be had (or potentially lost). And with its rigorous performance requirements, the financial trading vertical will likely become an important proving ground for Lenovo as it drives development forward.

So what is Lenovo actually getting for its mostly cash outlay? The main elements are:

For its part, IBM is offloading (albeit at a knock-down price) a non-performing and low-margin business, though it will be able to resell Lenovo x86 systems when it needs to in order to augment its other hardware, software and services. Lenovo could also make for an effective partner in China.

IBM is also retaining servers and appliances based on its Power7+ technology (sometimes boosted by FPGAs), which it is targeting at analytics and big data applications, as well as cognitive computing, such as its Watson offering. Along with its System z mainframes, IBM will no doubt continue to have substantial hardware business in the financial enterprise.

Hopefully, Lenovo will get to grips with its greatly expanded server business more speedily than it took to integrate the PC product lines it acquired from IBM in 2004. Maintaining high quality support will also be important, since competitors will no doubt be calling on financial markets players to spread some FUD about the deal. And unlike IBM, getting fired for buying Lenovo is a possibility.

END_OF_DOCUMENT_TOKEN_TO_BE_REPLACED 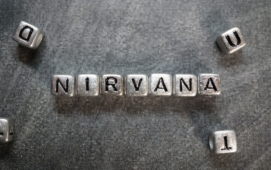 FactSet’s announcement this week of its plan to migrate its real-time ticker plant to Amazon Web Services may represent the boldest statement of intent yet with respect to cloud delivery of market data. And things seem to be accelerating rapidly in this department. Recent weeks have seen SIX launch a strategic partnership with Xignite to...