In recent weeks, on my usual rounds of meetings in the City – and in New York during Sifma week – I have been peppered by questions about the recent spate of corporate activity among enterprise data management platforms. In the two most visible examples, big data vendors have snapped up small, second-generation EDM platform suppliers. Is it a consolidation? What about platform independence? What’s the strategic business rationale? And on.

Of course, we at A-Team view our relationship with our readers and customers as a two-way street: we’re happy to chew the fat over market developments, and we hope (and believe) our connections get a unique value from that. So, there’s been lots of discussion around recent corporate activity in the EDM space, and I jotted down some of my thoughts at Zurich airport just a couple of weeks ago – later as a blog here.

But I thought it would be worthwhile to hear from the horse’s mouth just what’s behind some of these moves. Luckily enough, the kindly folks at Markit invited me in to chat with Dan Simpson, former CEO of their recent acquisition – EDM specialist Cadis Software – and now head of the newly rebranded Markit EDM.

For Simpson, the Markit acquisition will first and foremost give Cadis the clout to compete for the largest contracts, and continue its shift from primarily buy-side clients to a broader customer set.

“Scale and balance sheet count for a lot with Tier 1 sell sides,” he says. “Three to four years ago, our client base was almost exclusively buy side. But in the last couple of years, we have started to move into central banks, regulators and we now have five Tier 1 sell-side customers. So, we’re breaking out of our buy-side mould, and Markit’s heft helps us in this respect, especially when it comes to business process outsourcing, full lift-outs and software as a service. So we see a lot of new opportunities stemming from that.”

Markit sees its new EDM capability as a way of helping to reduce the cost of data validation across the industry. “We see a lot of duplication in the market in terms of validation of pricing, corporate actions and reference data,” Simpson says. We can lift out people’s data management infrastructure, and take that cost off their hands.”

Simpson acknowledges that Markit’s array of capabilities presents synergies and opportunities. “We have been outsourcing the hosted version of our software to a third party,” he says, “but we will be bringing that in-house next, as a priority, leveraging the Markit On-Demand infrastructure acquired a couple of years back through the purchase of Wall Street On Demand.”

Simpson identifies further Markit synergies with the former QuIC, now known as Markit Analytics. “Risk is one of the biggest consumers of data in any firm,” he says. “We see joint opportunities with Markit Analytics, including issues surrounding Solvency II and Credit Value Analysis (CVA), where people need solutions now.”

He also cites additional regulations like FATCA, Dodd Frank and Basel III. “Regulations need data; that’s the main driver for data management at the moment. Three to five years ago, all the budget was in the front office. Now it’s the middle/back office.”

To that end, Simpson says, his team will work “to make the offering as close to packaged as possible. We’ll build adaptors into Markit Analytics, but also into third parties like Algorithmics and RiskMetrics. We could create packages for a specific issue, like Solvency II. The idea is to come up with something that’s 80% of the total solution” and leave the rest to the client to add their own value-added capabilities.

Simpson says the plan is for Markit to integrate its own data and other capabilities internally using the former Cadis platform. This includes Markit’s loan and other OTC market information, its iBoxx valuations data and the new Quotes terminal business, which could receive clients’ proprietary data integrated by the EDM platform.

Clearly, striking the balance between integration of Markit and third-party data and capabilities will be key to Markit EDM’s success. As I’ve remarked in earlier blogs, enterprise data has shifted to front and centre of many practitioners’ thinking. It’s all about timing, and time is now.

END_OF_DOCUMENT_TOKEN_TO_BE_REPLACED 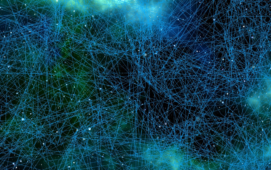