“Happy is the man … who before he dies, has the good fortune to sail the Aegean Sea” – Nikos Kazantzakis

They say a change is as good as a rest, but a rest sure feels good. And so it is I’m back in the Old Smoke, getting to grips with the task at hand: Finalising the programme for our Data Management Summit, which takes place at America Square in the City on October 3.

Sitting on the beach on a Greek Island certainly helps with perspective. If you’re like me, you are probably beginning to feel as if the term ‘the role of the CDO’ is overtaking ‘data governance’ as the most hackneyed phrase in the data management lexicon.

So as I contemplated my ice-cold lunchtime Mythos – that’s the mythical beer of Ancient Greece, for those who didn’t know – I sat thinking of what some of my trusted London contacts have been telling me over the past several weeks.

Although we’ve seen a spate of appointments to the position in the past year, the CDO has been around for quite some time. Indeed, I was re-reading a piece of research A-Team conducted for a client back in 2007, and noted that interviewees included a clutch of CDOs. Surely it’s time to talk not about what the role is, I thought to myself as I tossed a pebble into the clear island waters, but rather how its success will be measured 18 months from now, when it’s time to show the result of the investment.

What we’re talking about is performance measurement for the data management function. Without giving the game away too much, I’m working on pulling together what I expect will be a must-attend DMS session on how the CDO and his or her team can demonstrate to the board, and indeed to regulators, ROI whether in terms of enhanced profitability of internal business clients, streamlined operations or regulatory compliance.

Elsewhere, we’ll be looking at the hot topics of the day: regulations that matter, like FATCA and Dodd Frank; the emergence of the LEI and pre-LEIs; an investigation into the viability of managed reference data; in-memory and Big Data; and the Semantic Web and big meta-data.

As many of you know, I’m still doing the rounds, talking to readers and contacts about the things that matter in their data management worlds. I’ll be posting updates on my progress in coming weeks as we add speakers and panellists, and of course soliciting feedback on the ideas we uncover. But whatever DMS London looks like in October, I’m confident that we can build on the success of March’s event, bringing a unique sense of community – providing an environment where London’s data management meets, chats and learns – with familiar faces and rising stars sharing their insight into the issues of the day.

We’re involving some great partners this time around; I’m thrilled that the EDM Council will be hosting their member meeting at DMS, for example, and we’re in talks with others about running mini-sessions within the DMS framework. It’ll be like the Glastonbury Festival for data managers.

Got ideas for topics? Interested in speaking? Keen to host a ‘stream’?

Get in touch, early and often.

END_OF_DOCUMENT_TOKEN_TO_BE_REPLACED 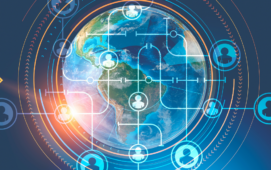