As you know, we don’t often wade in on macro market structure issues, preferring instead to stick to our proverbial knitting: trading infrastructure that uses high-performance technologies to introduce some smarts.

But the recent arrest of a culprit in the authorities’ long-running efforts to assign blame for the May 6, 2010, so-called Flash Crash – when the US equity and index future markets plummeted briefly then suddenly corrected themselves – raised our hackles somewhat. It seems strange to us that so momentous a market event as the Flash Crash could be caused not only by a single rogue trader, but one who lived in a two-bedroom semi just by Heathrow.

Furthermore, everything we’ve read about the incident seems to point to the possibility that nobody really knows what happened and that no single event was responsible.

With that in mind, we sat down last week with our friends Nick Idelson and Nicholas Hallam of TraderServe to talk about MiFID II. The two Nicks have been quite animated on the topic of non-live testing – that is to say, the testing of trading algorithms in real-world situations but not in the actual real world, where they can do damage if not properly checked. Non-live testing, it seems, is one of several (even many) of the requirements that would be ushered in under MiFID II under its current guise.

Nick & Nick have done a lot of work in this space in preparation for MiFID II. But on hearing the plight of Navinder Singh Sarao, the poor sod from Slough (or wherever it is) who’s taking the hit for the Flash Crash, they applied their testing ‘smarts’ to data from that fateful day five years ago.

Their paper on their findings is available for download here. I think it’s worth a read as it offers some genuine analysis of the way the trading day – and the days before and after – played out. Unlike much of the commentary I’ve read, it offers some genuinely plausible thoughts on what really happened, in short putting it down to a ‘perfect storm’ of perhaps four factors – of which Sarao’s spoofing / layering activities may be one.

The others, incidentally, included the large institutional sell order that was originally scapegoated by the SEC and CFTC; a drying up of high frequency trading liquidity as the market started to fall; and quote stuffing, a form of market manipulation across asset types, in this case equities to index futures. None, it seems, was enough to ‘cause’ the Flash Crash alone. But together they colluded to turn a downward blip into a rout.

The Nicks reckon the Flash Crash could’ve been avoided if MiFID II’s non-live testing requirements had been in place. MiFID II is coming, and evidence from the Flash Crash may convince regulators that it should include the non-live testing requirements, which currently suggest that execution venues will need to test members’ trading algos before allowing them to be used in live market conditions. That may be a tall order, not least because members don’t like handing over their algos to anyone.

TraderServe may have a solution to that issue in the form of the Algo Guard hosted deployment of its Algo Arena testing environment. When MiFID II kicks in, we may see a rush on facilities like this as high frequency traders seek to get their trading models approved so they can continue to do what they do.

Take a look at the TraderServe paper and judge for yourself.

END_OF_DOCUMENT_TOKEN_TO_BE_REPLACED 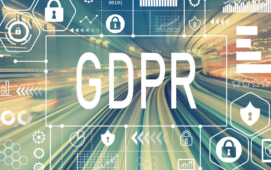