Swift’s Halberstadt and Pobuda Elaborate on its Progress in the FX and Payments SSI Space, Reference Data Utility Plans

It is no secret that Swift’s 2015 plan includes a great deal more about reference data than previous strategies devised by the industry network operator. In February, Swift announced that it would be putting words into action in the payments and FX standing settlement instruction (SSI) space by establishing a new service in these markets, as well as launching a new payments reference data utility later this year. Reference Data Review speaks to Joe Halberstadt, head of FX and derivatives markets, and Dusan Pobuda, senior product manager for SSI and global payments reference data utility at Swift, about the progress thus far.

“The push to get into the SSI space was led by demand from the FX community, with requests from Swift members to develop a new more structured message standard for SSI messages in the cash distribution space,” explains Halberstadt of the drivers behind the soon to be established FX SSI service. “The idea is for a message that can be sent from one to many, in terms of a list of up to 100 Bank Identifier Codes (BIC) or 80 countries that can be specified by the user or indeed to all BICs on the network.”

The Swift community therefore communicated this market need for authenticated and validated messaging in this space and Swift opted to develop such a messaging structure based on the FIN format. Halberstadt explains that it chose FIN because it is the most widely adopted across the market as a whole; ISO 15022 having gained much more traction in the market than ISO 20022 has been able to thus far.

“The message design was finalised in the summer last year and has been in pilot test phase over the last six months or so,” he continues. “We are currently in the vendor and interbank testing process and plan hope to go live with the messages later in November this year. Brokers will be able to receive one standardised message for SSIs across cash instruments.”

All very well, but what about the main incumbent in the SSI space: Omgeo? There is bound to be some tension about the move, given that Swift is still contemplating its future in the securities reference data space as a whole, which would bring it into direct competition with Omgeo.

Halberstadt indicates that, for now, things are amicable: “We spoke to Omgeo Alert about the development of the SSI messages and it is complementary to what Omgeo already offers in this space.” He suggests that Omgeo may even opt to use the Swift messaging format and data for the FX space within Alert itself. It will certainly be interesting to see whether the vendor decides to do just this, or steers clear for competitive reasons.

Pobuda indicates that the work in the FX space all fits into Swift’s 2015 strategy in which reference data plays much more of a role and the network operator has, accordingly, invested in its resources to this end. “We have doubled the size of the reference data team from around 10 to 24 over the course of the last year,” he says.

“At the moment, one of the main focuses is building out a global payments reference data utility and SSIs are one of the first main gaps to fill,” he continues. “For the utility we have developed a modular structure and the first module that has been developed is around commercial payments SSIs, which is already live. Next, will be the FX and the money markets space, which is due to go live in January.”

As well as this planned utility offering, Swift also now offers a diagnostics service that allows customers to send over a flat file of their SSI records in order to check whether the counterparty SSIs held in their payment applications are incorrect. “This allows firms to identify these inaccuracies and facilitate data repair,” elaborates Pobuda. “The list of counterparty SSIs is validated against multiple information sources to provide a reliable picture of their accuracy. The service is charged on a per report basis and was developed over a period of two years, with 11 financial institutions acting as pilots.”

The 11 pilot firms, in turn, also all provided full copies of their SSI databases to Swift in order to populate the reference data directory. Swift is therefore receiving around half a million SSIs per month from these firms to this end. Another data source has been direct data collection from the firms that are connected or not currently connected to the Swift network, according to Pobuda. These firms are given a login and password in order to provide Swift with an update of their SSIs. This must be done every three months, or Swift will chase up the data.

“We have had some interest already from the market in the utility SSI data but we expect take up to be gradual because switching from one vendor to another for this data is not a simple process,” he says. “Around 40 or 50 firms have contacted us for more information. Interestingly, we have seen a lot more interest from the FX space than the payments.”

The idea is to move from flat file delivery of SSI data to data feeds from Swift’s own database: the concept of data from a private cloud, which has become increasingly popular at Swift HQ it seems. The move from being a message provider to something akin to a data vendor will also, no doubt, cause ripples across the community. It will be interesting to see the reactions of vendors who may now be destined to compete with Swift over the coming months.

As for the utility database, it will contain routing data for all national and international cross border payments. It will also contain all identifiers such as BICs and national bank codes for almost all countries, which will be cross referenced to the BICs as well as the new legal entity identifiers that are being developed by the market at the moment, explains Pobuda. Swift is obviously pitching for the registration authority role for this new standard, so much is predicated on its selection.

The utility will be available on a subscription basis that will depend on a number of factors such as the size of the institution and the volume of transactions, he says. Accordingly, corporates and financial institutions will be in separate categories and have separate price schemes.

“Our unique selling point will be our high level of integration with financial institutions and the completeness of the data we offer,” contends Pobuda. “We expect to hear much more from the industry at Sibos and they can expect the same from Swift. We are also considering our role in the world of securities reference data and that will be a key decision for Swift this year. We are unlikely to make a final decision on this before the end of the year.”

Swift is also working on the enriched BIC, which includes hierarchy data amongst other things, and the utility needs to take into account this work. Pobuda notes that some industry participants have already asked for a postponement of the migration to the new BIC, but the original plan was to combine it with a standards release. The market can expect a more definitive timeline to be determined later this year.

Given all this work in progress and its potential further move into the securities reference data world, Swift should be one to watch closely this year.

END_OF_DOCUMENT_TOKEN_TO_BE_REPLACED 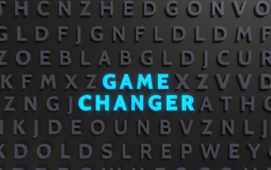