Swift has extended its messaging solutions to support derivatives trade reporting under European Market Infrastructure Regulation (EMIR) that comes into play on February 12. The organisation is offering two solutions, one based on Swift FIN confirmation traffic and the other on Swift FileAct.

Recognising the potential for Swift members to reuse their investments in the network infrastructure for EMIR reporting, Swift started to develop some of its existing services about 18 months ago, adding data and processes required for EMIR reporting.

The solution based on Swift FIN confirmation traffic is FINInform, essentially Swift’s FIN Copy service. Swift has extended its derivatives trade confirmation messages to include support for all the data elements, such as legal entity identifiers for counterparties to a trade, required for EMIR reporting and copies of these messages are sent directly to trade repositories at the same time as they are sent to counterparties.

The FINInform service is only suitable for trades confirmed over Swift, but as Swift provides confirmation for foreign exchange derivatives trades it should have broad appeal. The service is available for testing and will be in production within the next couple of weeks.

Swift’s second EMIR reporting solution is FileAct, which covers all derivatives asset classes and supports any file format. Users of this service create the data required for EMIR reporting, put it in a file and use Swift to carry the file to a trade repository.

This service is available immediately. One early adopter is Belfius Bank, which is using FileAct to report derivatives trades to European trade repository Regis-TR. Luc Goossens, project management, financial markets, at the bank, says: “We considered using a web service-based solution to send trade details to Regis-TR, but we opted for Swift FileAct because it offers better availability and reliability, allows us to send large files and supports better error handling through automated message monitoring.”

Joe Halberstadt, senior treasury and derivatives market manager at Swift, says the decision on whether to use FINInform or FileAct depends on the nature of a firm’s business, the different types of derivatives it trades and whether it can build the data files for FileAct. He suggests domestic European corporations and investment managers will take up the solutions rather than international organisations, many of which already have derivatives reporting in place as a result of CFTC requirements under Dodd-Frank regulation.

Halberstadt adds: “These solutions will typically be used by organisations that already use Swift and can build on their existing capabilities, but some firms may use EMIR reporting as the business case to join Swift. I expect there will be some new joiners, but not a huge flurry.”

While the focus is currently on derivatives reporting, Swift is working with MarkitServ to support foreign exchange derivatives clearing, a discipline noted in EMIR and Dodd-Frank regulation, but awaiting a deadline for enforcement.

END_OF_DOCUMENT_TOKEN_TO_BE_REPLACED 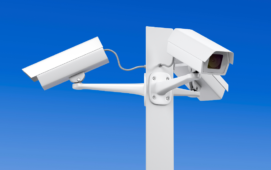