Swift has received unanimous approval at its AGM for the addition of Financial Market Regulators as a new participant category on the network. Admitting regulators to Swift will make it easier for Swift members and users to meet regulatory transaction reporting obligations, while facilitating the development of global regulatory reporting solutions, Swift says. The approval is a vital underpinning for Swift’s proposed transaction reporting solution, initially targeted for use under MiFID, with a view to being extended to other jurisdictions over time (Reference Data Review, April 2007).

END_OF_DOCUMENT_TOKEN_TO_BE_REPLACED 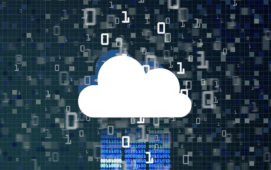 Facteus, a provider of actionable insights from sensitive data, has joined Snowflake’s partner network with a focus on enabling financial services organisations to use its Mimic synthetic data engine and data enrichment services to transform, enhance, and migrate sensitive data to the Snowflake Data Cloud. Mimic is installed behind an organisation’s firewall and uses proprietary...