The more things change the more they stay the same.

This seems to be the overriding message in the results of the second annual AIM Global Data and Risk Management Survey.

As with the previous year’s findings, the 2005 survey results showed that financial institutions all over the world are undertaking considerable efforts to deepen and automate their reference data management.

The percentage of companies surveyed planning to increase automation grew from 64% in 2004 to 75% in 2005. Efforts are split almost equally between automation of pricing, basic and corporate actions data.

The survey was conducted by AIM Software and the Vienna University of Economics and Business Administration, and sponsored by Reuters. This year’s survey, which approached 1,070 firms in 88 countries (compared with 1,736 from 63 countries last year), also included questions on risk management, an area highlighted in the 2004 survey.

The study concludes that increasing regulatory requirements means that back-office functions are gaining in importance because, in the short run, companies are plan to boost headcount in this area by 29%. In North America, this figure was a surprising 40%. The study also points out that this pushes firms to increase levels of automation in the long run to control costs.

Both corporate actions and the opening of instruments were named by 36% of respondents to be the major objectives of reference data management, followed by reconciliation of price data (35%) and reference data (34%).

Corporate actions are seen as the least automated and therefore most labour-intensive, and error- and risk-prone areas in data processing. Almost half (45%) respondents plan to increase automation in this area specifically. The propensity to automate among institutions in emerging markets was much higher, though, with 89% in the Middle-East & Africa and 72% in the Commonwealth of Independent States intending to increase automation. The study drew the conclusion that STP is obviously a major issue for emerging markets.

The survey claims there is a growing trend towards buying rather than building systems in-house. In 2004, 42% of respondents claimed they preferred buying and in 2005 this rose to 45%.

Whether three percentage points signifies a growing trend is debatable, but in any case, the numbers are high especially when added to the 17% that said they would outsource development and 8% processing. However, one-third of respondents are still relying on proprietary development and regard this as an internal core competency.

A year on, companies seem to be paying more attention to Basel II and risk management.

And 56% cited risk management as the driving force for reference data automation. However, here too the preference is to build rather than buy, with 63% planning to rely on in-house solutions.
The survey aimed to take a truly global perspective: over half the institutions approached are based in countries outside North America or Western Europe. Other regions included were Central & Eastern Europe, Commonwealth of Independent States, Central and South America, the Middle East, Africa, Asia and Asia/Pacific.

END_OF_DOCUMENT_TOKEN_TO_BE_REPLACED 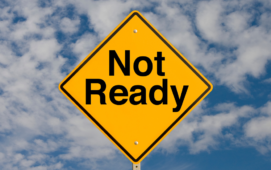