Certainly in some people’s eyes. Or maybe just an example of pragmatism, co-operation and even industry standards at work. I speak of the rollout at the Singapore Exchange of pre-trade risk functionality in the form of the Risk Management Gateway from NYSE Technologies. And its soon to be hookup with the exchange’s new matching system, provided by NYSE arch-rival Nasdaq OMX.

RMG is already in use by one customer at SGX’s new co-lo facility, linking into the current matching system.

But if all goes to plan, the exchange will roll out its Reach matching system on August 15, and presumably RMG will then interface to it. Reach is based on Nasdaq’s Genium Inet technology, and has a stated order response time of 90 microseconds, presumably before any pre-trade risk controls.

Interesting, of course, is why SGX did not also turn to Nasdaq’s Ften unit for its pre-trade risk functions, but maybe the answer will out in due course.

In the meantime, hopefully the technology from the NYSE and Nasdaq will communicate in a rather better spirit than the boards of the two exchanges recently did when the latter took a hostile run at the former!

END_OF_DOCUMENT_TOKEN_TO_BE_REPLACED 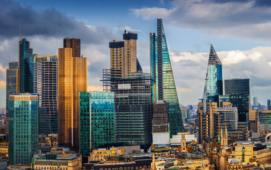 BNP Paribas has implemented PPQ (Pushpull Quotes) from London-based workflow and automation specialist ipushpull, to streamline workflows around non-standard, complex trades for asset manager clients. PPQ is a pre-trade workflow tool that standardises and automates the negotiation process between buy and sell side through a set of integrated data sharing and data-driven tools, using financial...