Omgeo is keeping a close eye on developments at Swift, but for now, the standing settlement instruction (SSI) space is one of coexistence rather than competition. Earlier this year, Swift announced that it would be launching a new SSI repository and directory but did not fully elaborate on its ambitions. For now, the network operator seems to be staying away from Omgeo’s turf (in the SSI space at least, Omgeo CTM is another matter) by focusing on the corporate payment SSI space.

In fact, Omgeo and Swift have been collaborating to do some of the messaging standard groundwork and Swift is rumoured to have contemplated directly leveraging Alert to this end. However, in the end it decided not to use Alert and there is no future guarantee that Swift will not move into the fixed income, FX and equity SSI space. Hence Omgeo will have to keep a close eye on developments going forward.

For now, Omgeo has its own strategic goals for 2011 to focus on, including capitalising on its recent partnership with Markit Document Exchange (MDE), which was announced in January. The post-trade vendor indicates it has netted quite a few sales off the back of the partnership and many more are expected this year. The deal has also meant Omgeo is dealing directly with client onboarding teams, a demographic within its client firms that it has not previously dealt with extensively. The vendor has therefore been enabled to deepen its engagement with these firms, as it focuses on data quality within the documentation space as well as the SSI space.

Given that Omgeo has close ties to part owner the Depository Trust and Clearing Corporation (DTCC), its future focus on legal entity IDs should also come as no surprise (in fact Mark Bouchea mentioned the plans directly back in January last year). However, the vendor is not planning to enter the entity ID race itself, the idea instead is that Omgeo will act as a “conduit” for this data; regardless of which standard is chosen in the future.

In the fixed income SSI space, the vendor is also working with ISO and Swift in order to develop an ISO standard to allow for the increased automation of this area. They have been working on the project for around 14 months and a couple of large global custodians are directly involved in the development work. We can expect to see some related solutions popping up within Alert in the near future off the back of this work on defining an industry solution, although the ISO project itself is one that will take time and much hard work to complete.

The vendor is also gradually adding more FX SSIs to its database as time goes on and the vendor notes that progress in this regard was one of the success stories of last year.

END_OF_DOCUMENT_TOKEN_TO_BE_REPLACED 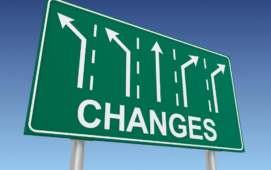 The Changing Role of Data Management in the Post-Pandemic Age

By Boyke Baboelal, Strategic Solutions Director, Asset Control. Continuous, and often rapid, change has been a given for organisations across multiple economic sectors since the COVID-19 virus took hold and it looks set to be a key feature of the post-pandemic age, whose key trends are already taking shape. Across the financial services industry, change...