Speed Bumps Ahead for FAST?

That might be the case for the FIX Adapted for Streaming (FAST) protocol, should a little known company with a litigious streak win the day.  According to information that recently came to light, Realtime Data – which also does business as IXO – is in patent litigation with a number of banks, exchanges and market data vendors, including Bloomberg, Thomson Reuters, NYSE Euronext and Goldman Sachs, relating to their use of FAST, which the company claims infringes on data compression technologies that it has patented.

The litigation – which began in 2009 – was revealed in a release by Icap Patent Brokerage, which is auctioning a Covenant Not to Sue (CNS) from Realtime, covering its portfolio of some 35 patents. Should a company win the auction and hence buy said CNS, it would essentially be licensing those patents.  Icap’s auction is now accepting anonymous bids, and will be conducted on September 27 in Los Angeles.

Attempts to reach Realtime were not successful, though Icap states the company was founded in 1998 and is based in both Armonk, NY and Tyler, TX. It specialises in “data compression and storage and develops hardware and software solutions for data compression, storage and networking markets worldwide,” and has been awarded patents since at least as early as 2003.

FAST is a protocol owned by FIX Protocol Ltd. (FPL), a trade organisation set up to develop and promote the use of the FIX protocol. Specifically, FAST was introduced to optimise the network representation of the standard FIX protocol, which is considered by many as too verbose for high-throughput, low-latency communications. As such, FAST includes data compression. Work on FAST began in 2004, with the 1.0 protocol specification being released in 2006. Since then, it has been adopted quite widely by financial markets participants, especially exchanges, for the distribution of market data.

Pantor Engineering and SpryNet are credited by FPL for their contributions in developing FAST. Neither of those companies, or FPL, is the subject of any litigation from Realtime. Representatives of FPL and Pantor decline to comment on the litigation, while a SpryWare executive notes that they are “waiting on the sidelines to see how all this plays out.”

Whatever the result of the CNS auction, should Realtime’s patent case be upheld at some point in the future, those companies using FAST, and developing products that support it, would likely have to pay royalties – a move that could hinder its further adoption, or even kill its use.

For its part, Realtime also entered into patent litigation with companies outside of the financial markets, including Citrix Systems, F5 Networks, AT&T Mobility, Verizon Wireless, Sprint and T-Mobile. That status of that litigation isn’t known.

END_OF_DOCUMENT_TOKEN_TO_BE_REPLACED 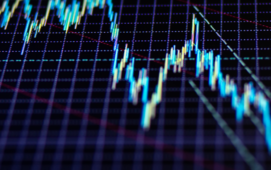 New Change FX (NCFX), an independent administrator of regulated FX benchmarks, has partnered EOSE to strengthen distribution of its FX data and TCA tools. EOSE will enable NCFX to concentrate its resources on developing core business strategies by providing the company with a team of expert data sales and business development professionals to ensure new...