Soliton plans to leverage its data acquisition technology and expertise to target the reference data management solutions space that Reuters is leaving behind.

When one door closes, another one opens – an old saying but one that has real meaning behind the doors of Soliton’s offices.

After a significant amount of time and effort spent on a partnership plan with Reuters for a reference data management solution, the Canadian technology firm was understandably disappointed to find the project added to the scrapheap of Reuters’ ventures in the latest reorganization at the vendor (see Reference Data Review, issue 2).

But rather than dwell on its misfortune (although we’d guess a few beers in commiseration may have been downed in a local pub), Soliton is viewing the change of plan as a great opportunity. Having recently secured a good size of venture capital funding – though the group won’t comment on the exact amount – Soliton has expanded its sales and marketing team and is gearing up for a high-profile attack on the reference data space.

With its data acquisition technology, Soliton was to have provided the data input component for Reuters’ planned Data Management Solutions (DMS) service. DMS, managed by Reuters’ solutions group, was created following the collapse of Synetix (its joint venture with Capco), and after a strategic review last year that found that customers wanted a more complete service offering for management of reference data.

Now, with this project shelved, Soliton believes that by going direct to market it can satisfy some of the demand identified in the research. Its big advantage will be its neutrality: with Reuters, Soliton could act essentially as an ‘insulation layer’ between Reuters and other data providers needed to provide a complete solution, but it would still most likely have come up against resistance from vendors hesitant to cooperate with a competitor. Now, Soliton can act fully independently from any single vendor, avoiding any potential conflict of interest issues.

In addition to its data acquisition service, Soliton is using its programming staff to expand its existing data cleansing capabilities. It already interfaces with middleware solutions such as Tibco solutions and IBM’s MQSeries, and it is looking at possible partnerships for the business rules aspect (the data handling function that defines how, say, a corporate action might relate to a derivative).

Although not a well-known name, Soliton has been in operation for 10 years. Its management team and software engineers worked together at I.P. Sharp Associates – for those historians among us, you may remember that I.P. Sharp was a data warehouse and networking solutions provider bought by Reuters in late 1980s – and then with parent Reuters. Soliton’s main source of revenues comes through its high-performance platforms, which support data manipulating applications for functions such as financial consolidations, time-series data manipulation, complex mathematical calculations and modelling.

Primarily staffed by technologists and programmers, and working closely with a handful of customers, Soliton has spent several years developing its software and its data acquisition capabilities. The flagship TimeSquare service manages market data workflow from sourcing to distribution, acquiring data from multiple sources and delivering it to applications or data warehouses.

According to Soliton’s president, Clarke Bruce, “Rather than offering an all-singing, all-dancing ASP solution, TimeSquare offers plug-and-play functionality, allowing users to select functions that they really need. For example, clients can switch vendors or add market content as necessary.”

There are currently 10 client sites using TimeSquare, including State Street and Equilend. It is used for data acquisition to feed a range of functions including driving value-at-risk (VAR) calculations, populating securities masters, valuing portfolios, and pulling snap data off a Triarch distribution platform to value mutual funds.

Bruce says, “We do well with clients that need a sophisticated technology solution combined with deep understanding of the idiosyncrasies of the data, but who do not want to pay the high rates of other software providers.”

These clients are primarily based in the U.S., but Soliton has expanded its sales and marketing division, and is planning to leverage the support staff it already has in Europe through its platform business to grow its reference data business internationally.

Another strand of the customer base that Soliton is exploring is through partnerships with operational software providers. For example, it is in negotiations for its data sourcing and cleansing service to be used by a well known – but unnamed – risk vendor, to feed its risk management software.

On the data side, Soliton interfaces to Financial Times Interactive Data, Bloomberg, Reuters, Iverson and Standard & Poor’s Compustat. Bruce says, “We are continuing to build loaders feverishly.” The firm is in the midst of integrating with Telekurs Valordata Feed, which it found through research was an essential component for the European market, and with the fixed-income component of Reuters Datascope, which was taken on due to client request. Soliton is also evaluating other local European data feeds.

So while the closing of the door at Reuters may have been a disappointment, Soliton now finds it has managed to open several new doors, offering it greater independence in the marketplace.

END_OF_DOCUMENT_TOKEN_TO_BE_REPLACED 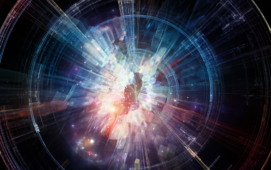