Solarflare Communications has announced its ApplicationOnload Engine (AOE) – combining 10gE networking with FPGA technology that allows trading applications to run fully on a network card, for the lowest latency.

Planned to ship in Q2, AOE is Solarflare’s response to wide customer demand, says CEO Russell Stern.  Already well established in financial markets firms with its network cards and OpenOnload technology – allowing kernel bypass communication between network and application memory – Stern says many customers asked for an on-card FPGA on which they can run code for even lower latency.

Solarflare expects to deliver AOE as both a basic platform – for trading firms to build their own applications, leveraging built-in network stacks for TCP/IP, UDP and sockets communications – and also with pre-built functionality, such as primary/backup data feed arbitration, symbol filtering, and exchange protocol support.  OpenOnload support for low-latency communication with server-based applications is also included.

Stern says that Solarflare will build up a catalog of third party certified applications, as well as sell through OEM relationships. As with OpenOnload’s support for standard socket communications, Solarflare is looking to make AOE very easy to program to by developers.

For now, Stern is not saying who is supplying the FPGA silicon, acknowledging it’s either Altera or Xilinx. That’s partly because the supplier might well change as the product is rolled out. Both vendors are “very competent” he says, but adds that his technical team currently prefer the development toolkit from one of them. AOE cards will feature up to four 10gE ports, and contain 16GB of RAM.

The company is working with six financial markets companies as early adopters – two of them being exchanges, and the rest being investment banks. Stern says the Solarflare has canvassed many of its 500+ customers and there is very strong demand for the FPGA functionality.

Solarflare isn’t the first, or only, vendor or offer networking and FPGAs on a single card – products already exist from Accelize, AdvancedIO Systems, BittWare, Fiberblaze and Intilop – but as a well established vendor for low-latency financial trading applications, and with a large customer base, its impact on the hardware accelerated application space could well be significant. Certainly, it’s a big boost and validation for FPGA adoption in financial markets. 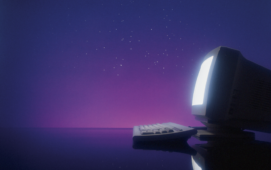 Date: 19 May 2020 Time: 10:00am ET / 3:00pm London / 4:00pm CET To wring greater performance from your trading infrastructure, it’s essential to be able to measure its performance. Leaders in the trading technology race are already using infrastructure monitoring capabilities to assess their trading set-ups and to derive value-added data and insights into...

END_OF_DOCUMENT_TOKEN_TO_BE_REPLACED

Matt Barrett, CEO & Co-Founder of Adaptive Financial Consulting discusses what’s to come in trading technology, how the pandemic has “created a once in a generation rapid acceleration of change in the way people interact in capital markets”, and why he’s looking forward to speaking at TradingTech Summit London on 22 February. If you’d like...