Following the launch of its North American subsidiary in December last year, data management solution vendor SmartCo has added a new hire to its team in the region in an attempt to gain more traction. Accordingly, the vendor has poached ex-SunGard sales and relationship management executive Brent Knapp to lead its sales efforts in the North American markets.

As manager of North American sales, Knapp will be charged with leading SmartCo’s continued sales effort as well as partnership development during its expansion in the region. Given that he has worked for a number of key vendors in the space, including SunGard and DST Global Solutions, finding suitable partners should not prove too challenging. Primarily though, the vendor is hoping he will use this experience to identify new clients in the region for its SmartCo DataHub software solution.

“Brent’s role will be pivotal to SmartCo’s sales and partnership development as well as execution of our strategy for the North American market,” claims Joel Mondon, director of the vendor’s North American operations. “SmartCo strives to be a reliable and trusted partner to its clients. Brent shares this approach and we are confident that his extensive experience and deep industry knowledge will bring SmartCo’s innovative data management capabilities to many new financial firms in North America.”

During his time at SunGard Investment Systems, Knapp was in charge of sales and relationship management for the vendor’s distribution channels for a period of just over three years. Prior to this, he worked for DST International for two years as a senior sales executive. Knapp has also previously worked for application management solution vendor DYS Analytics and buy side technology vendor Advent.

A-Team Group recently held a webinar on the topic of How to Meet FATCA Requirements, discussing the data management challenges FATCA presents and suggests how firms can best meet the regulation’s requirements. 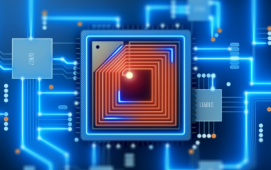