As part of its push in the North American market and following the opening of a new office in San Francisco earlier this year, SIX Telekurs has added a Canadian office to its geographic footprint. The data vendor indicates that the office will be based in Toronto and will service its current customer base in the region, as well as any new prospects.

The opening is all part of SIX Telekurs’ plan to have a local office in every market it serves, says Barry Raskin, managing director of the vendor’s Americas operations. “We recognise the fact that the best way to fully understand and service the needs of a particular market is to have a direct presence there,” he adds.

The company sources financial information – including pricing and reference data on more than five million international securities – through its network of offices and branches in 23 countries. The aim is to provide these services via employees, responsible for data collection and customer service, that are well versed in the local market conventions, speak the local language and are available in the local time zones.

“By establishing an on the ground presence in Canada, we are better positioned to fully appreciate the nuances of the Canadian market and the regulatory environment in which the firms operate,” adds Fritz Hediger, head of international sales at SIX Telekurs.

The vendor has traditionally been viewed as European focused but is aiming to up its traction in the North American market by targeting key regions with on the ground support. In a market where competition is fierce and margins for data are being driven down, offering a geographically diverse data set is key to retaining and growing revenues.

To this end, SIX Telekurs has also recently expanded its supply of data from Eastern Europe and Central Asia. In August the vendor added real-time data from Russian provider, Russian Trading System (RTS Exchange). RTS Exchange was established in 1995 and the RTS Index, which has also been in operation since September 1995, is based on the 50 most liquid stocks and is regarded as a benchmark for the Russian financial services industry.

The opening of a new office in San Francisco in July is also part of this global expansion strategy.

END_OF_DOCUMENT_TOKEN_TO_BE_REPLACED 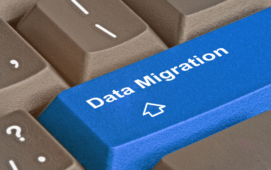 Venerable Annuity, the legacy annuity business of Voya Financial (created by an investor group led by affiliates of Apollo Global Management, LLC, Crestview Partners and Reverence Capital Partners) has confirmed the migration of its data management systems to AC PaSS, the cloud-based managed service solution from Asset Control. The ACPaSS solution will provide Venerable with...