Master data management (MDM) platform developer Siperian and data integration consulting firm Evaxyx have signed a strategic partnership in order to speed up the implementation process of Siperian’s MDM Hub. To this end, Evaxyx has developed the Evaxyx Siperian Services Framework (ESSF), which is based on a set of industry best practices.

According to both vendors, this framework has been designed to deliver faster ROI to Siperian users via this faster implementation process. Evaxyx specialises in large complex data integration projects and partners with various vendors in niche areas. Mike Hudgell, an MDM specialist with Evaxyx who has previously worked for Siperian, explains that the vendor chose to work with Siperian because it believes it is “best of breed” in its space. They have been working together since 2006, although it is not an exclusive partnership agreement, according to Hudgell. Adam Prentis, CEO of Evaxyx, adds: “We have worked closely with Siperian over the past two years developing expertise and products that expedite the implementation of a Siperian installation. The cornerstone of this partnership is the ESSF, which allows Siperian users to get up and running quickly and, more importantly, meet their immediate and long term business objectives.” Hudgell explains the background further: “When we began to work with Siperian in 2006, we worked with them on client implementation projects, mainly in the US, and we got very close to the company. We were working with the Siperian product in major corporations and this led us to realise that there was a need for a product that would help these implementations and that is what developed into the ESSF.” The product therefore evolved out of the practical experience of implementations in the market onsite with customers. Hudgell says: “The hub is based on the service orientated architecture (SOA) model and Siperian has its own Siperian Services Integration Framework (SIF), which generates links into the SOA by providing web services and handling the Java messaging layer. We discovered that in a bigger customer environment where a higher level of business objects is required, there was a requirement for coding in order to introduce the SIF.” He continues: “We found that the basis of this coding within each institution was very similar and that is how the ESSF evolved. We productised that process of creating the high scale objects to quickly integrate within the business environment in which the hub would work.” Hudgell reckons that speed of deployment has been significantly expedited for the Siperian MDM Hub. The vendors have done some testing and on a couple of scenarios they have seen a saving of several weeks of effort, he says, although he does stress that this saving depends on the type of implementation. “Technically, you could have a hub implemented within three to six months,” he adds. “A saving of a few weeks in an implementation timescale of a few months is quite a significant improvement.” The development experience that led creation of the hub took around 18 months and from the decision to productise the ESSF to its creation and testing, was a period of six months, says Hudgell. There were no real challenges or difficulties in the process, he says, attributing this to the fact that Siperian’s solution is based on an SOA. Peter Caswell, Siperian president and CEO, comments: “Evaxyx has elevated the use of our platform to enterprise-levels by implementing Siperian MDM Hub not only for customer master but also for other entities such as product, location and reference.” 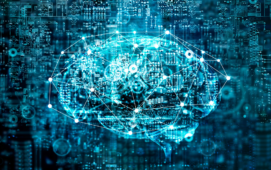