The decision to move to the ISO 20022 message format is not being taken lightly by the majority of the financial institutions in the market; Société Générale Securities Services (SGSS) for one is currently weighing up the ability of its clients and counterparties to support the standard and the migration costs involved. Eric De Nexon, head of strategy for market infrastructures at the French firm, explains that SGSS is involved in decommissioning MT messages in the funds sector by 2012 but the jury is still out on ISO 20022 messaging for corporate actions.

For the funds business, the migration plan to ISO 20022 has several different stages, the last of which was completed at the end of last year. It required the top 20 players in the fund admin market to be ISO 20022 enabled and De Nexon indicates that he believes this goal was largely met. Last year, SGSS was able to initiate ISO 20022 flows with one of the major French banks, he explains. “We are supporting the fund migration plan to ISO 20022 and really want the 2012 deadline (when decommissioning of MT messages for funds is due) to be maintained,” he says.

This year has thus far involved a milestone to move from planning to implementation of ISO 20022, largely with the aim of all of the top 20 players using ISO 20022 messaging between themselves. Accordingly, all hubs, all order senders and all Luxemburg and Irish players shall be ISO 20022 enabled, says De Nexon. “Even if this goal isn’t met by end of 2010, the milestone has initiated a trend in the fund industry to migrate to ISO 20022 and 2012 will still be a deadline for full ISO 20022 migration for this sector,” he adds.

In the field of corporate actions, however, it has been rather slow going, comparatively. But De Nexon notes that even if delays have occurred, development of ISO 20022 messaging continues and Swift is working closely with the Depository Trust and Clearing Corporation (DTCC) to promote 20022 corporate action announcement messages with extensions. Swift has also this year published the issuer to investor corporate actions business case in conjunction with the DTCC and XBRL US.

The business case indicated an estimated saving for the industry of US$400 million a year and potential direct savings to investors and their investment managers of US$172 million annually of moving to XBRL tagging and ISO 20022 messaging. De Nexon reckons this is an important first step for the group, before the introduction of ISO 20022 corporate actions messaging on the Swift platform, which is forecast for the first quarter of 2011.

“Due to economical constraints the move to ISO 20022 is not a simple decision,” he explains. “It will be driven by our clients and our counterparties’ capacity to deal with MX messages, the implementation of such a standard in the market infrastructure field and the cost of twin maintenance (dual maintenance of both MT and MX messages).”

As a result of the latter, SGSS is involved in maintaining the goal of the 2012 deadline for decommissioning MT messages in the funds industry, says De Nexon. “It shows that when the decision to deal with MX messages is taken, and all processes have migrated, the twin maintenance (MT/MX) is heavy to be supported.”

The decision to begin the move to 20022 for corporate actions next year, however, is not as clear cut. De Nexon indicates that developments related to the European Central Bank’s (ECB) Target2-Securities (T2S) would have a significant impact on this progress, but he notes that the implications of this are still “difficult to measure”.

“DTCC’s move to ISO 20022 in the scope of corporate actions and the choice for this standard for the coming T2S platform will certainly be a major driver in initiating a migration even if the decision to go will be slowed by the “coexistence policy” offered by Swift, MX implementation costs and the fact that business cases are different from one industry to another,” says De Nexon. “For instance, how urgent is the MX implementation for payments in comparison to the impacts in the securities industry of decisions taken by DTCC or T2S?”

With such a tight focus on costs in the market, the decision to move from one messaging standard to another cannot be taken lightly, after all. SGSS, like SEB, is adopting a cautious stance.

END_OF_DOCUMENT_TOKEN_TO_BE_REPLACED 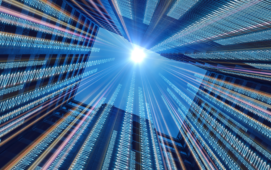 RBC Wealth Management-U.S. has selected Broadridge Financial Solutions wealth management platform to power its growing US business. The selection is part of a multi-year technology transformation at the wealth management firm and is the latest in a series of investments in tools and services. The firm will also migrate to Broadridge’s next-generation asset servicing platform....