When you think of firms that are at the forefront of the social media trend, very few (if any) financial services firms immediately spring to mind. Those that do are likely from the retail world rather than cap markets, but there is activity taking place out there: you just need to know where to look for it (and then learn from it).

Allan Schoenberg, director of corporate communications at the CME Group, is one of the leading lights in the social media space from a capital markets perspective. His open minded attitude to leveraging social networks has meant the CME presence on sites such as Twitter and LinkedIn has become another tool via which to communicate with clients and the rest of the market in a real-time fashion.

Starting with the setting up of a Facebook page for CME back in 2007, Schoenberg has gradually extended the exchange’s online presence and the @CMEGroup handle on Twitter now boasts 783,002 followers, the exchange group has 2,829 followers on LinkedIn and 5,549 Facebook fans. Rather than straight marketing, the aim has been to demonstrate thought leadership and provide content to followers and fans. Speaking at this week’s social media event organised by Finextra, Schoenberg explained that the strategy the exchange has adopted is to provide a resource for news and content aggregation that is valuable to clients. “We have stuck to a 70/30 rule, where 70% of the content is not related to the CME brand but is relevant to our clients in terms of providing a news reference point about market developments and the remaining 30% is about CME Group itself,” he said.

As for the future, CME Group is planning to integrate the social media tools it uses with its customer relationship management (CRM) system in future, in order to ensure there is a joined up approach to client outreach and communications.

Much like any marketing campaign, firms need to adopt a social media strategy and stick to it, if they want to get the most out of the communication tools, Schoenberg and his fellow panellists agreed. “It should not be adopted as a replacement for face to face communications,” said Lenore Kantor, senior director and head of marketing and communications at FX platform provider FXall.

FXall’s social media strategy thus far has been to use LinkedIn to contact the platform provider’s alumni group in order to build its client network, given that many of its previous employees have moved to work for potential clients. “Referrals are the strongest way to get sales leads and the exercise also helped to build on our reputation and goodwill about our brand in the market,” elaborated Kantor.

FXall has also launched its “Let’s Talk FX” site recently and, according to Kantor, the firms is waiting to see how it is received by the relatively tech savvy FX trading community.

Thomson Reuters’ global head of news and content for exchange traded instruments, Yvette Jackson, indicated that the data giant’s social media capabilities have been placed at the heart of its Eikon platform, which it launched towards the end of last year. She noted that where previously the vendor was building silos of social networking outreach, a much more joined up approach to its overall strategy is now enabled via Eikon.

Schoenberg was straight to the point when asked why he decided to go down the social media route and what CME was hoping to achieve: “You need to determine how all of this social media stuff can get you leads.” Identifying goals and setting real and credible benchmarks against which to measure these targets is far from simple, however, and may not even be possible in the sense of hard numbers. He added: “You don’t get asked for hard numbers when you produce a marketing brochure, so why should social media be any different?”

As for why the industry should care about these developments and get on the social media bandwagon (so to speak), Hakan Aldrin, managing director of SEB’s online forum The Benche, noted that generation Y has grown up with this technology and it is second nature to use it for communication purposes. Firms should therefore ignore these developments at their peril, given that the next generation of traders and bankers will likely be avid users of all of these social networks.

But why has most of the cap markets industry been so slow to adopt these technology tools, given that they provide a point of easy access to communications with clients? Fear of reputational damage and regulatory repercussions have been cited as primary reasons by many of the people I’ve spoken to on the subject. As with all things new and shiny, there are numerous pitfalls to avoid – John Galliano moments included – but that shouldn’t prevent progress.

END_OF_DOCUMENT_TOKEN_TO_BE_REPLACED 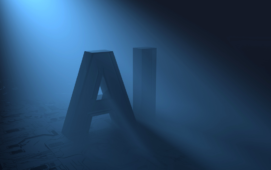