Securities and Exchange Commission (SEC) chairman Christopher Cox has repeatedly urged the US Congress to pass legislation concerning the oversight of the credit default swap (CDS) market. Cox again made a plea to the US government last week to provide regulation of the sector as a matter of urgency. However, Bart Chilton, commissioner of the Commodity Futures Trading Commission (CFTC), who has also been campaigning for CDS regulation, says that oversight should remain under the jurisdiction of the commodity futures regulator.

It is widely agreed that the OTC credit derivatives sector is in need of stronger regulation. For example, the recent failure of American International Group (AIG) and its subsequent need for government bailout have been attributed to its exposure to the CDS market. Accordingly, the firm’s two recent chief executives, Martin Sullivan and Robert Willumstad, have both given public support to the introduction of further regulation in the market.

However, exactly who will be responsible for enforcing this regulation is still up for debate. The subject of CFTC’s regulatory scope with regards to CDSs will be discussed this week during hearings of the House and Senate agriculture committees, which have jurisdiction over the CFTC. Unfortunately, these discussions will not deal with the issue of which regulatory body (CFTC or SEC) will perform regulatory oversight over the sector in the long run.

There have been calls in the past for the SEC’s role to be expanded to cover the regulation of swaps and, last week, Republican Edward Markey reintroduced a bill that would expand the SEC’s coverage of derivatives. Currently, swaps are not defined as securities because they are traded off exchange and thus do not fall under the SEC’s remit.

Talks about the imminent establishment of clearing bodies for the CDS market are also ongoing at the moment, as market players including CME Group, Eurex and ICE provide more details about their respective planned platforms. It seems that against a background of a regulatory turf war and a battle for supremacy in the clearing house market, it is no wonder that the sector is experiencing such turbulence.

END_OF_DOCUMENT_TOKEN_TO_BE_REPLACED 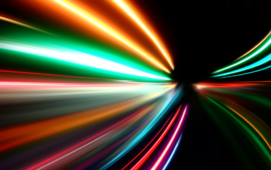