The Securities and Exchange Commission today announced that Kathleen Weiss Hanley has been named Deputy Director and Deputy Chief Economist for the SEC’s Division of Risk, Strategy, and Financial Innovation (RiskFin).

RiskFin was created in September 2009 to provide interdisciplinary analysis to help inform the Commission’s policymaking, rulemaking, enforcement, and examinations. The division encompasses the former Office of Economic Analysis, Office of Risk Assessment, and Office of Interactive Disclosure. Its staff has expertise in disciplines including economics, risk analysis, finance, law, mathematics and statistics.

As Deputy Director and Deputy Chief Economist, Dr. Hanley will play an integral role in the division’s economic analysis of policymaking, particularly cost-benefit analysis. She also will be responsible for directing and coordinating the division’s research activities.

“Dr. Hanley is a distinguished financial economist with significant experience in variety of regulatory settings, having recently joined us from the Federal Reserve Board, and has an unparalleled reputation for conducting high-quality financial research,’ said RiskFin Director and SEC Chief Economist Craig Lewis. “She will be instrumental in our ongoing efforts to improve the economic analysis in our rulemakings.”

Dr. Hanley began her new role on August 22. She previously served as a Senior Economist at the Board of Governors of the Federal Reserve System. From 2005 to 2010, she was a Senior Financial Economist in the SEC’s Office of Economic Analysis and later in RiskFin. Before that, she was on the faculty at the University of Michigan and the University of Maryland. She holds an undergraduate degree from Indiana University and received her Ph.D. from the University of Florida while visiting the SEC as a graduate student.

Dr. Hanley’s academic work focuses on securities issuance, market microstructure, and structured finance. She has published widely on litigation risk in offerings, information content of prospectuses, short selling in IPOs, closed-end fund discounts, price stabilization, and venture capital. In addition to her academic background, “her familiarity with the SEC allows her to hit the ground running,” said Lewis.

END_OF_DOCUMENT_TOKEN_TO_BE_REPLACED 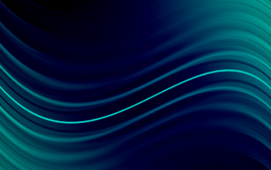 Practitioners reported general readiness for the introduction last week of new CFTC rules around position limits, a decade after the regulator first floated its plans for changing them. Regulated firms are now being urged to prepare for further changes scheduled for next year, which will introduce new exchange rules and federal limits on derivatives contracts...