There can be no doubt that XBRL is big news in the US with regards to financial reporting and investor and issuer communications. The decision to mandate the use of XBRL tagging for public company statements by the Securities and Exchange Commission (SEC) this year raised its profile and the regulator has this month added an XBRL portal to its own website in order to provide the lowdown on the interactive data tagging language.

The SEC is convinced of the benefits of XBRL tagging for financial documents because of the improved usefulness of the data as a result of its electronic availability. Financial statement information could be downloaded directly into spreadsheets and analysed in a variety of ways using commercial off the shelf software due to the data tags, according to the regulator.

The website (see here) highlights the rules and regulations that mandate the use of XBRL, including the requirements introduced this year for companies’ financial reporting, mutual funds’ risk/return data and ratings agencies’ ratings data. On 30 January, the SEC published its final rules regarding financial reporting in an XBRL format for public companies and foreign private issuers that prepare their financial statements in accordance with US generally accepted accounting principles (US GAAP), and foreign private issuers that prepare their financial statements using International Financial Reporting Standards (IFRS). The motivation behind this move was to make the data more immediately available to investors and also to assist in automating regulatory filings and business information processing.

“Interactive data has the potential to increase the speed, accuracy and usability of financial disclosure, and eventually reduce costs,” says the SEC.

The mutual funds rules were published in February and specify that these funds must provide the risk/return summary section of their prospectuses to the SEC and on their websites in interactive data format using XBRL. Whereas the deadline for compliance with regards to financial reports was this year, these mutual funds have until the start of 2011 to get on board.

The “nationally recognised statistical ratings agencies” covered by the SEC’s second February rules release must now provide their ratings information in an XBRL format. These rules were adopted in concert with a whole host of other new regulations aimed at improving the transparency of ratings agencies in the post-financial crisis market.

However, XBRL has been on the cards for the SEC a lot longer than this year. As far back as 2004, chairman William Donaldson initiated a formal assessment of how data tagged using XBRL could benefit investors and the SEC. Staff from the divisions of Corporation Finance and Investment Management and the Offices of the Chief Accountant and Information Technology conducted the assessment, which led to a rule adopted in February 2005 that established a voluntary filing programme. Accordingly, in April 2005, the SEC began its Interactive Data Voluntary Programme, which allowed public companies, and later mutual fund companies, to voluntarily submit XBRL formatted files as exhibits to periodic reports and Investment Company Act filings.

This background data and guidance and technical details about XBRL are also available on the SEC’s new XBRL portal, should you be interested in learning more. After all, it is not just the SEC that has taken a keen interest in these standards. Last month, the Committee of European Securities Regulators’ (CESR) issued a call for evidence on the use of a standard reporting format for financial reporting for issuers admitting securities for trading on regulated markets, including a discussion about XBRL’s value in this endeavour.

The world of corporate actions is also taking a keen interest in these developments and Swift, the Depository Trust & Clearing Corporation (DTCC) and XBRL US are currently working on an initiative aimed at implementing XBRL for corporate actions data in the US. Together, the three companies are hoping to build a corporate actions XBRL taxonomy with data elements aligned with the industry standard ISO 20022 repository elements.

The work is obviously proving to be taxing, given that XBRL US put out a call last month for partners to lend a hand in covering some of the groundwork for its new projects. These partners will represent financial backers as well as lending spare pairs of hands as they will need to fund cooperative research, provide expert research fellows who will work with XBRL US in their New York labs, and sponsor internships.

However, despite its enduring popularity in the US and Asia, many in Europe remain sceptical about XBRL’s potential in the region’s markets. Given the struggles of ISO to gain widespread traction, standards are often viewed with a wary gleam in the eye. As with most things, it will take regulatory intervention to get the ball rolling.

END_OF_DOCUMENT_TOKEN_TO_BE_REPLACED 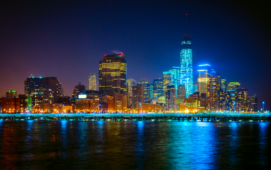