OK, so the headline is a tad extreme, but bear with me. Recent developments combining in-memory technologies and Hadoop/MapReduce from ScaleOut Software point to a future where big data analytics and real-time processing, as it’s defined in the financial markets, could meet.

ScaleOut has just released its ScaleOut hServer V2, an in-memory data grid, which it claims can boost Hadoop performance by 20x, and can make it suitable for processing ‘live data’ to deliver ‘rea-ltime analytics’.

As well as boosting performance of a Hadoop deployment, hServer also incorporates Map/Reduce logic so that a Hadoop distribution is not actually required – though the company suggests its offering is not a direct replacement for Hadoop.

The big picture here is that ScaleOut – as well as other companies pushing in-memory technology – is recognising that the batch-oriented nature of Hadoop has limitations for real-time applications, such as those found in the financial markets.

While ScaleOut is today looking to boost Hadoop performance to make applications that used to take hours and minutes to execute run now in minutes and seconds, the performance trajectory could well follow that of the low-latency space, where milliseconds gave way to microseconds, and now nanoseconds.

The deployment of multi-core and multi-socket servers, GPU technologies and advances in memory will all benefit data grid vendors like ScaleOut, as well as Hadoop and other big data analytics offerings.

END_OF_DOCUMENT_TOKEN_TO_BE_REPLACED 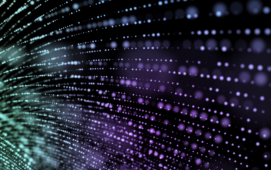 In today’s fast-paced financial markets, institutions face a number of challenges. As well as having to cope with shrinking margins and ever-increasing regulatory scrutiny, firms are having to process more data from more sources than ever before, all in an increasingly competitive landscape. With everything moving so fast and changing so often, financial institutions are...