Regulatory Tsunami or Just a Washout?

The last two weeks have been a bit of a rollercoaster for US regulatory reform, with President Barack Obama signing an executive order this week that may see the current Dodd Frank requirements scaled back dramatically in order to ensure there is the “right balance” to foster economic growth going forward. On the individual regulator front, the Commodity Futures Trading Commission (CFTC) and the Securities and Exchange Commission (SEC) are both facing an uncertain future with regards to their own funding. However, all of this has not put a halt to the regulatory discussions about introducing greater data standardisation; in fact, the CFTC will be hosting a public roundtable next week to better understand the challenges of unique counterparty and instrument identification.

The CFTC roundtable, which will be held on 28 January, is to focus on the issues related to swap data recordkeeping and reporting requirements, including the mandatory adoption of identification codes for instruments and legal entities, as well as the establishment of a master agreement library and a portfolio data warehouse. The regulator has also been soliciting comments from the industry on the subject and has thus far received three responses: one from academic at Stanford University professor Darrell Duffie; another based on a conference call with two BlackRock employees; and the final comment paper is based on a composite response by Barclays Bank, BNP Paribas, Deutsche Bank, Royal Bank of Canada (RBC), the Royal Bank of Scotland (RBS) and Société Générale. Further responses are anticipated as the industry has until 7 February to provide feedback.

In the meantime, the responses thus far highlight the desire for third party providers (suitable representatives from the user and vendor communities) to do the legwork around designing the data collection framework and its operations, rather than leaving it to the regulatory community. This is a viewpoint that is shared by many in the industry with regards to establishing these new regulatory led, data focused bodies, and is the reason why the DTCC is rumoured to be up for the job of facilitator for the Office of Financial Research.

Duffie’s response to the CFTC call for evidence also notes that the most effective way to organise data reporting is at the level of the master swap agreement between two counterparties. He advises that the basic entity of a hierarchical data structure for systemic risk analysis ought to be the master swaps agreement and warns the regulator that it is important to get the data structure correct from the beginning of the implementation of the rule. He contends that the master swap agreement is an important data focal point for systemic risk assessment because it specifies how positions are collateralised. This is reflective of the general desire within the user community to adapt identifiers that are in existence and keep the process as simple as possible.

The academic’s feedback also recommends that data be query-based, thus allowing regulators to determine the size of dealer positions, frequency of trading partners and which party initiated trades. He suggests that the CFTC should allow for research and market monitoring in order to assess the cross distribution of trade systems and to answer systemic risk related questions. Duffie also indicates that transaction level data should be kept in a swap repository for a minimum of 30 years (rather than the proposed five years) because that is the timeline most consistent with major swap agreements.

The BlackRock feedback, which is based on a call with Joanne Medero, managing director at BlackRock with responsibilities for government relations, and colleague Supurna Vebrat, highlights the concern that identification standards may be difficult to implement in the interest rate swaps market where compression of trades is carried out. However, the BlackRock reps note that this is a “technical problem rather than a conceptual problem” and therefore could be solved via technological “innovation”.

The composite response from the six (largely European) banks highlights the importance of adopting a global approach to standardisation of this data and regulation of the swaps market in general (see the full paper at the bottom of this page). It asks the CFTC to look at legislative developments such as the European Market Infrastructure Regulation (EMIR) for direction with regards to supporting “global business models”. The group also asks for a distinction to be made between foreign swap transactions (between two foreign counterparties) and those originating from US counterparties, which would likely entail such data being included in the instrument codes themselves, if introduced.

The response also states: “Cross-registration of swaps data repositories is not only necessary given the global nature of the swaps market, it also reduces duplicative data reporting. Cross-registration would also facilitate the creation of uniform reporting rules and procedures that would enable easy comparison of transaction data from different jurisdictions. Cross-border information sharing and cross-registration, coupled with the new standard identification codes that will be required for reporting to swaps data repositories, would provide regulators and market participants with a comprehensive picture, thus enabling more robust surveillance and supervision of the global swaps market.” So, the emphasis is on global information sharing and global standards – another theme that has cropped up again and again during standards discussions of late.

This feedback to the CFTC is likely to be reflective of the feedback the Office of Financial Research will be receiving on the subject of legal entity identification (although the responses are not yet publicly available) this month. One can expect the subject of global standards, cost consciousness with regards to reporting requirements (in the guise of using existing codes, rather than new ones) and keeping the format as simple as possible, to crop up during the latter discussions also.

Of course, as previously mentioned, all of this must be set within the context of a regulatory system in upheaval. The major aspects of Dodd Frank are currently under review and Obama is likely keen to sort the wheat from the chaff in terms of only tackling the most pressing requirements. Will data standards for instruments and entities make the shortlist? One would hope so.

However, as noted by Tim Ryan, president and CEO of industry association SIFMA recently, this work should not be rushed. “It’s more important that you get it right than you get it done on a deadline that is relatively abstract,” he said. Great advice, let’s hope the regulatory community takes it on board.

END_OF_DOCUMENT_TOKEN_TO_BE_REPLACED 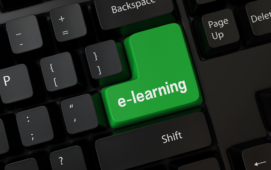