The first meeting of the Regulatory Oversight Committee (ROC) of the global legal entity identifier (LEI) system will be held in Toronto at the end of this month. Some 45 public authorities from across the globe have assented to the LEI Charter approved by the G20 on November 5 2012 and become members of the committee, and a further 15 authorities have become observers.

These advances in the process of developing a global LEI system were highlighted in a fifth, and perhaps final, progress note published by the Financial Stability Board (FSB) late last week. Naming Toronto as the location of the first meeting of the ROC, at which the committee will take over responsibility for the leadership of the LEI initiative from the FSB, the note states: “A key priority for that meeting will be to establish the ROC as a working body through the appointment of the Chair (and potentially Vice Chairs), the Executive Committee, Secretariat, [and] Committee on Evaluation and Standards, as well as to take a number of key decisions on the next stages of implementation.”

As set out in the FSB’s June 2012 recommendations to the G20 for an LEI system, the establishment of the ROC will lead to the end of the FSB LEI Implementation Group (IG) by March 31 at the latest. But the FSB LEI Private Sector Preparatory Group (PSPG), which has done much of the work to develop the system so far, may yet live on. A decision on its continuation will be made at the ROC meeting at the end of January.

Among other decisions the ROC must make are the legal location of the global LEI Foundation that will underpin the Central Operating Unit (COU), an issue that was flagged up late last year when the FSB commissioned a legal assessment of Switzerland as the foundation’s home. The results of the assessment will be presented to the ROC meeting to facilitate the decision on the legal location of the foundation and its formation in time for the introduction of the LEI system in March. Once the location decision is made, the foundation will be established and the ROC will appoint its first board of directors.

The FSB note also points to ongoing work by the PSPG to prepare recommendations on governance and operational elements of the LEI system, as well as proposals on LEI relationship data. These will be presented to the first meeting of the ROC and the board of directors of the LEI foundation once it is in place. The IG is also reported to be working closely with the PSPG to develop proposals for both short-term and long-term strategies and work plans for relationship data in the LEI system.

While ongoing work on LEI relationship and hierarchy data may go some of the way towards satisfying industry concerns about the feasibility of the LEI system without such data, the closure of the FSB IG and potentially the PSPG begs the question of how this work will be carried to fruition and by which organisations. The COU is likely to be heavily involved once it is formed, and progress could perhaps best be made by sustaining the work of the PSPG.

The FSB’s comment that the first meeting of the ROC will take a number of key decisions on the next stages of implementation is also open to question, as other issues remain outstanding. Among these is the number allocation scheme of the LEI code. In a note covering the allocation of pre-local operating unit (LOU) prefixes for pre-LEI issuance published on December 20, 2012, the FSB reiterated the method that will be used to create LEI codes. As a quick reminder, the scheme looks like this:

· Characters 1-4: A four character prefix allocated uniquely to each LOU

· Characters 7-18: Entity-specific part of the code generated and assigned by LOUs according to transparent, sound and robust allocation policies

While many market participants favour this scheme, debate about the exact nature of the prefix and entity-specific part of the code is ongoing. Most agree that a prefix allocated specifically to an LOU adds structure, but not intelligence, to the LEI code as it describes only the domicile where an entity obtained its identifier. There are more divergent views around the entity-specific part of the code, with observers arguing variously that this part of the code should a have a set format, that it should not embed existing identifiers and, alternatively, that it should be able to accommodate existing identifiers.

While the ROC will be the final arbiter of any change to the FSB’s initial proposal and the COU will be responsible for setting down practical rules for operation, it seems likely that the proposal will endure – including the possibility of embedding existing entity identifiers – as it minimises centralised requirements for number allocation and gives LOUs flexibility in how they operate within the scheme.

The ROC must also decide how to continue moving the LEI system forward without the guidance of the IG, and possibly without the PSPG, an issue that has yet to be publicly aired but could be driven by the COU outsourcing tasks to organisations with no commercial incentives.

As the FSB’s role in the development of an LEI system comes to an end 14 months after it was mandated by the November 2011 G20 Cannes Summit to lead the coordination of international regulatory work and deliver recommendations for a global LEI system in June 2012, uncertainty about exactly how the system will work remains. What is certain is that after much hard work, the governance and framework for the system will be in place by the FSB’s deadline of March 2013.

END_OF_DOCUMENT_TOKEN_TO_BE_REPLACED 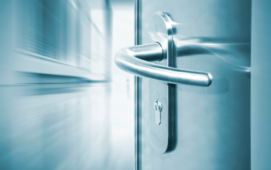 Moody’s integration of data from across the company into DataHub, a cloud-based data exploration and analytical platform, provides data scientists and analysts across financial services firms with a single location to access, analyse, model and consume billions of data assets. Twelve Moody’s datasets, including entity data from Bureau van Dijk’s Orbis database and ESG data from...