Regulators Should Begin Work With the Data and Formats Already Being Reported, Says ICFR’s Ridpath

A lot has been said on the subject of systemic risk monitoring and the collection of macroprudential data over the last year or so (just look at the developments in the US around the Office of Financial Research for proof) and the International Centre for Financial Regulation (ICFR) is aiming to play its part in fostering the dialogue between the financial services industry and the supervisory community. Barbara Ridpath, chief executive of the regulatory focused think tank, which was established back in 2009, believes that as well as communicating with the industry on the subject of data standards, regulators also need to work with the data sets that are already being collected as part of current regulatory reporting procedures, rather than starting from scratch.

The ICFR’s recent meeting on regulatory data collection procedures highlighted the need for better understanding between regulators and the industry about what each party requires from the other. It also indicated industry participants’ concerns about a lack of global coordination between supervisors and a marked increase in the number of data transparency and reporting requirements from regulators in many jurisdictions. “The key issue is that regulators are asking for a lot more data than ever before and the private sector is attempting to understand the impact of all of these new data requirements,” explains Ridpath. “It is easy for the supervisors and private sector to blame each other for their shortcomings, for example financial institutions blaming the regulators for not asking for the right data. However, we are trying to find some common interests between these two parties because by finding a mutual understanding of the issues, then there will be better results for the industry and regulators.”

This is the driver behind the ICFR’s research into macroeconomic data practices within the supervisory community. To this end, Ridpath notes that there are several reasons why the supervisory community is asking for so many new sets of data. The first of these is that systemic risk analysis is in its very early stages in terms of developing as an academic practice. “The supervisors are beginning to understand some of the data that is required to perform this function, but much more is still to be done,” she explains. Hence regulators are likely to amend and alter their data requirements as time goes on and they learn more about the intricacies of monitoring systemic risk. Supervisors have also got to move from looking at aspects such as credit risk to areas such as connectivity between financial institutions to take into account the growth in interbank transactions and leverage between firms, explains Ridpath. “The private sector, on the other hand, needs to determine how to best respond to this incessant demand for data from supervisors,” she adds. “This situation is exacerbated by the disparity in global supervisory approaches. If you look at issues such as the lack of a global legal entity identifier, you realise how much there is still yet to do.”

The recent feedback to the Office of Financial Research (OFR) on this subject is a case in point, with many different potential approaches to introducing such an identifier on the table for the new US Treasury agency. Work such as this is the reason why talk between supervisors and industry participants on the proposals is vital in order for each party to be able to understand the other’s position. For example, the supervisors may not have a proper sense of the costs of providing all this data, as only a few get involved in full impact assessments, says Ridpath. In terms of next steps, she continues: “First the industry needs to see what it is already providing to the regulators and how much of this can be used to monitor systemic risk and conduct macroprudential oversight. Here, the 80/20 rule may be the best guide; it is worth trying to get 80% with 20% of the effort quickly, rather than try to get 100%. The residual 20% can be worked on over time. In terms of the legal entity identifier, to the extent possible, the industry should use identifiers that already exist in the market to this end, such as taxpayer identification numbers. The regulatory community can then build on this data and that being commercially provided in order to track systemic risk. Starting from scratch is not a realistic option.”

This idea of working with standards and processes already in place was certainly a common theme throughout the feedback to the OFR on the subject of entity identification. Moreover, law firm Schwartz & Ballen also referred to the potential of using the Taxpayer Identification Number (TIN) as a starting point for this work. Unlike some, Ridpath is convinced that the US government will be compelled to establish the OFR, rather than backing away from the idea, due to its inclusion in Dodd Frank. “The US government has to push ahead with the OFR because it is in enshrined law and the best chance of success is in adapting something from already existing standards,” she contends. “However, the regulators have to be careful about potential commercial interests getting in the way and select providers with this in mind. The data repository could also represent a systemic risk in itself as a single point of failure for the system as a whole if it is being provided by a single party. The July deadline is also unrealistic.” The impact of commercial interests on the data utility and the requirement for an extension of the July deadline have both cropped up again and again within discussions about the OFR in recent months and are likely to be key issues for some time to come. Ridpath also notes that global coordination will continue to be a challenge: “Convergence of data standards is a key issue for an industry that operates globally but is regulated nationally, meaning global firms must report to many different national regulators. More work is happening at a senior supervisory level to coordinate but this is not yet filtering down to the reporting requirements at a national level.” Hopefully this will be a matter of priority in the near future.

END_OF_DOCUMENT_TOKEN_TO_BE_REPLACED 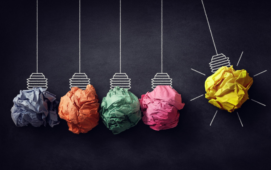 By Lucas Wurfbain, Co-CEO, FeedStock.  The impact of the Covid-19 pandemic on the asset management industry has been transformative and wide-ranging. Increased market volatility and a large-scale move to remote working environments, alongside the ever-present uncertainty that comes with almost daily changes in government policy are now the new normal. The regulatory environment has also...