Raymond James & Associates has signed up for DTCC’s Global Corporate Action Validation Service (GCA VS), its centralised source of corporate actions announcements for equities and fixed income instruments traded in Europe, Asia-Pacific and the Americas.

The firm becomes one of the more than 20 users of GCA VS, which in 2006 provided almost 900,000 corporate actions announcements on more than 1.5 million securities in 160 countries. Other subscribers to the service, launched in 2003, include Goldman Sachs, Credit Suisse, JPMorgan Securities, Merrill Lynch and UBS.

Raymond James is taking the scrubbed corporate actions data as part of a bigger project to automate its corporate actions processing around the NCS system from Tata Consultancy Services, which is also used by firms including Bank of New York and the National Bank of Greece.

The two major drivers for Raymond James’ corporate actions automation project are cost and the desire to improve service.

Says Barry Feller of Raymond James: “The two largest factors driving our decision to carry out the corporate actions automation project at this time are cost – we intend to capture up to 30 per cent plus efficiency gains – and service. We want to provide a better service out to the field. Corporate actions, in general, are a very painful area for most of the private client base. There has been a need for improvement for some time. Different shops process corporate actions in many different ways, most of which are very labour intensive. We saw this as a good chance to take the lead, and we think we are doing the right thing working with the two vendors we have chosen.”

According to Feller, the firm wanted to work with a corporate actions data vendor that also scrubbed the data to reduce the amount of manual work it has to do before sending the corporate actions information out to its financial advisers for elections.

“Our current process works relatively well,” he says. “The biggest issue we have is that we are sometimes unable to achieve STP because of the time taken to open up the more complex events, interpret the instructions and recreate the event on our system.”

The corporate actions challenge at Raymond James is compounded by its focus on the retail/private client business, Feller says. “We have an institutional side to the business which is cleaner and simpler when it comes to corporate actions processing. The retail side is more challenging. We have to translate the events into layman’s terms, to ensure they are clear and straightforward to understand.”

Raymond James selected GCA VS following a review of three providers of corporate actions data scrubbing services, of which DTCC was “the best, though not by a huge margin”, says Feller.

“The corporate event information it provides to us is appealing to our business team. This had a lot to do with the other DTCC systems we use regularly. There are two types of systems available to look at regular DTCC information – a ‘green screen’ command-based system, and their newer system which is web based. Our users are familiar with newer interface, and the GCA system looks a lot like it. So GCA had a more attractive look and feel, even though the alternatives had logical web interfaces also. In addition, DTCC is the main clearing house for processing in the US, and we try to align with any of the larger industry clearing houses as much as possible,” he adds.

Rather than enabling its users to choose the data vendor feeds they want to be scrubbed, DTCC mandates the use of certain vendor feeds for given securities, events and markets. According to DTCC managing director and head of the Global Corporate Action business James Femia, for GCA VS “to be a ubiquitous, low-cost solution, with the right degrees of redundancy, this is the best approach” for DTCC to take.

In the case of Raymond James, the data vendors mandated by DTCC “principally are the same as we are using now”, Feller says, “so moving over is a non-issue for us”.

“It was a relief not to have to worry about new data agreements,” he adds, although he says “this would have been a non-issue with the other providers we looked at as well.”

The target set-up at Raymond James is for corporate events information to go directly into its instance of NCS, with very little or no interpretation required before the event goes out to the field. Currently, the firm is in the middle of receiving code drops for NCS which it is starting to install and run in its QA environment, with a view to beginning a phased cutover to the new system in a few months’ time. The aim is to go live in around September.

“On the DTCC side, we are taking a number of test files, and ensuring our interfaces are set,” Feller says. “We will probably start taking the full blown service in a couple of months, and run it alongside our existing system concurrently for a while, before beginning cutover.”

“It is currently available in ISO 15022 format, but we’ve chosen to take it as a flat file,” Feller says. “This means more work, but based on the complexity of the corporate actions we are processing here in the US, we can’t get the granularity we need out of ISO 15022 at the moment.

Currently, NCS uses the ISO format, and we are taking the flat file and retrofitting it into the ISO format for processing. Somewhere down the line, as a result of the work DTCC is doing now, we will take data in a more detailed ISO format, which will go directly into NCS.”

Femia says DTCC is “investing substantial resources to ensure GCA VS is delivering comprehensive, accurate and timely information that meets the global requirements of our customers”. 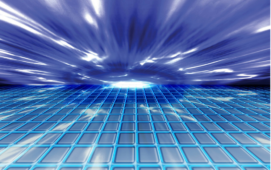 While data management has been very much an in-house function for many asset managers, recent analysis pinpoints accelerators that can help buy-side firms adopt Data-as-a-Service (DaaS) to help them gain competitive edge. The analysis, commissioned by SimCorp Gain, discusses the accelerators and obstacles of adopting DaaS. It also highlights the significant cost benefits and efficiencies...

END_OF_DOCUMENT_TOKEN_TO_BE_REPLACED 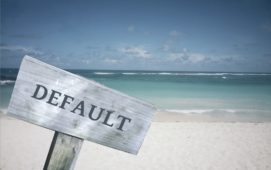