Ubisecure, a Helsinki based issuer of Legal Entity Identifiers (LEIs) accredited by the Global LEI Foundation (GLEIF) and provider of the automated RapidLEI registration service that is capable of issuing an LEI in 99 seconds, is extending its capability with the addition of an application programming interface (API). Banks using LEIs in applications and business workflows, such as Know Your Customer or trade transactions, can use the API for same session issuance of the LEI. The API is in final testing and is due to be widely available at the end of this week.

The API is based on the RapidLEI platform, which the company brought to market in the summer of 2018 to automate the LEI registration process. The platform builds on the company’s experience in the certificate authority industry and connects to business registers in real time, easing applications for LEIs by offering accelerated issuance and improved data accuracy. The API makes this capability available to organisations that issue multiple LEIs for customers and supports third-party application developers by allowing the registration of on-demand LEIs to be built into use cases. Users of the API, like direct users of the platform, should be able to reduce entity identity validation processing costs, time and risk.

Ubisecure suggests the API will be useful to banks as they will be able to build on-demand requests and same-session issuance of LEIs into KYC onboarding, trades and transaction workflows. Similarly, registration agents accredited to provide LEIs can ease their workload by using the RapidLEI workflow, while companies issuing public digital certificates can build same-session request and issuance of LEIs for inclusion in certificates.

RapidLEI was released with a goal to take on incumbent LEI issuers such as Bloomberg, DTTC and many of the world’s stock exchanges. It says it is doing well, working on a global basis with registration agents that use the RapidLEI platform to register LEIs for customers without needing to be accredited LEI issuers and with the advantage of using RapidLEI’s automated platform to issue the identifiers. The platform also supports discovery and validation of GLEIF Level 2 information that moves on from Level 1 ‘who is who’ information to ‘who owns whom’ entity relationship data.

Steve Roylance, senior vice president of identity services at Ubisecure, says: “We don’t ask entities applying for LEIs to fill out forms as other LEI issuers do. The initial issuers were large financial institutions that didn’t identify the speed and accuracy of using business registries, which is why they started form filling and still do it.”

In outline, the RapidLEI service asks entities to say who they think they are, RapidLEI then searches business registers to find out how the entities are listed, and sends the information back to them for confirmation. An LEI can then be issued and published to the GLEIF’s Global LEI Index. Rylance comments: “Once the information is correct and the entity has signed our T&Cs, we can issue an LEI in 99 seconds.”

Where information from business is only partially corroborated, RapidLEI fills records using other sources, including commercial providers of entity data. In terms of the perennial problem of lapsed LEIs, RapidLEI sends reminders to alert firms to review LEI data and offers multi-year registrations at a reduced price. Considering the company’s capabilities, Roylance concludes: “The goal of every entity in the world having an LEI is achievable.”

END_OF_DOCUMENT_TOKEN_TO_BE_REPLACED 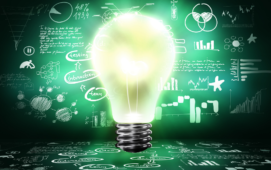