The European Union’s upcoming regulation on Packaged Retail Investment and Insurance Products (PRIIPs), which requires banks and insurers to provide a Key Information Document (KID) to retail investors, has hit a bump in the road following the rejection of Level 2 Regulatory Technical Standards (RTS) for the regulation by the Economic and Monetary Affairs (ECON) Committee of the European Parliament.

While PRIIPS is due to come into force on 31 December 2016, the deadline could be compromised if the European Commission fails to provide amended RTS that meet the approval of the next European Parliament session taking place from September 12-15, 2016. Despite the uncertainty caused by the ECON Committee’s decision on the RTS, firms subject to the regulation are expected to continue to implement compliance solutions as the initial deadline is already very tight and any delay would provide breathing space and more development time, but no excess.

If RTS presented to the European Parliament later this month are again rejected, one possibility would be the introduction of the legislation without technical standards, although this is unlikely given scepticism among members of the European Parliament about how this could work. Alternatively, the legislation could be delayed until the RTS are agreed, but this would require the Commission to introduce new regulation, a process that some Commission representatives have said they do not want to trigger.

While there is speculation in the market about a delay to the PRIIPs KID deadline, solution providers say they, and their customers, are not slowing down their efforts to achieve compliance by December 31, 2016.

Phil Lynch, head of markets, products and strategy at SIX Financial Information, says: “There is no signal from the European Commission that it will move the deadline. We continue to feel a sense of urgency in getting our customers up and running. The vote on the RTS at the European Parliament later this month is an opportunity for more clarity, but our platform is ready to go and we can adjust it to meet the RTS when they are agreed.”

Silverfinch acknowledges the ECON Committee’s rejection of the RTS as ‘an honest realisation that what had been set out was inadequate’. It also notes that the December 31, 2016 deadline could mean PRIIPs manufacturers have to reduce the number of products they offer if they cannot match them up with KIDs before the deadline.

Ashley Smith, senior vice president of business development at Silverfinch, comments: “The rejection of the RTS doesn’t mean the regulation will be delayed, but it is a key piece and could cause a delay. Meantime, until we see if there will be a delay, Silverfinch and its clients are continuing to prepare for the regulation and our platform is in place. That said, there will be relief all round if there is a delay. The timeline is very tight and we should remember that it took the industry over a year to implement UCITS KIDs.”

END_OF_DOCUMENT_TOKEN_TO_BE_REPLACED 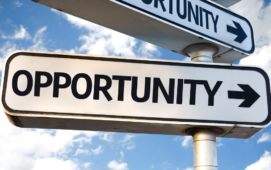