Pricing Partners announced today a state-of the art stochastic volatility model, the Double-Heston Model, to be implemented for its Equity, FX and Commodity Module to enrich its Price-it Library. Based on the Heston Model generated by Steven Heston, Double-Heston Model is identified as an extension committed to forecasting a more flexible approach to model the stochastic variance.

Stochastic volatility models have replaced Black-Scholes model since they are able to generate a volatility smile. However, standard models fail to capture the smile slope and level movements. The Double Heston Model is able to model the asset diffusion with two independent variance and processes. In this implementation, Double-Heston Model is calibrated thanks to a differential evolution (for global optimisation) and Levenberg Marquardt (for local optimisation) algorithm, leading to a significantly improved market fit. Indeed, this model can cope with very stiff volatilities skews and is more robust in calibration than the single Heston. As for the Monte-Carlo diffusion, Pricing Partners has invented a new fast Quadratic Exponential scheme derived from the one of Andersen done for the simple Heston. This numerical scheme converges very rapidly. A technical paper can be downloaded on the SSRN website.

Pierre Gauthier, financial engineer, comments: “Together with Dylan, we have performed extensive numerical tests with the Double Heston. We have fine tuned numerical parameters so that Double Heston model works at its best. Thanks to the newly implemented differential evolution, Double Heston model has a close fit to the implied volatility surface. Besides, Monte Carlo simulation is very efficient thanks to a fast converging numerical scheme.”

Eric Benhamou, CEO of Pricing Partners, adds: “At Pricing Partners, we are constantly improving our pricing models to better capture and model risk. The double Heston is a masterpiece and provides a very accurate modeling of volatilities skew. This is quite valuable for equity, indexes and funds derivatives products revaluation as initial strikes that were initially close to the At The Money strikes are now very off and are relying on the underlying assumption of the volatility on the tails. The double Heston model provides very accurate interpolation/extrapolation of the volatility smile and hence gives reliable and accurate valuation. In addition, it strengthens even more our position of the leading provider of cutting edge pricing models and analytics.”

END_OF_DOCUMENT_TOKEN_TO_BE_REPLACED 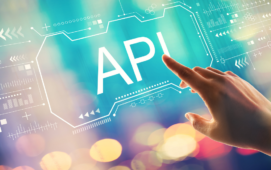