Financial products on the TEC10 rate, which is the market rate at which for the French government can borrow for 10 years, are under the spotlight because of the importance of the government issuances. This rate, which was originally 10 to 20 basis points below the swap rates, has exceeded the 10 year swap rates by more than 10 basis points since the beginning of the year.

TEC10 products marked to market have undergone painful changes and have received particular attention on the investors’ side. For Pricing Partners, the accurate pricing of these products has become an important priority. Therefore, Pricing Partners developed a new TEC curve, inferred quantitatively from TEC10 against CMS10 forwards whose quotation is relatively liquid in the market.

A dynamical mathematical model related to this curve exploits also the volatility of the 10 year swaption market in order to price on any TEC10 options. The adjustment in terms of the rate compared to a classic dynamic model is done in vega to maintain a delta level close to the one of CMS products with an equally comparable volatility level.

In the same way, because of the widening of the spreads bias between the EONIA curve and the one based on the Euribor/Libor, Pricing Partners has also developed an EONIA curve distinct from the one of Euribor/Libor to capture the liquidity impact between these two curves.

Eric Benhamou, CEO of Pricing Partners, says: “The problem of a more accurate valuation on the products based on TEC10 and EONIA has become a major subject owing to the liquidity impact and government issuances. n order to provide an always improving service, we, Pricing Partners, are striving not only to focus on a more accurate modelling but also to positively respond to the expectations of our customers. We hope to win more reference thanks to this competitive advantage in the independent valuation field.”

END_OF_DOCUMENT_TOKEN_TO_BE_REPLACED 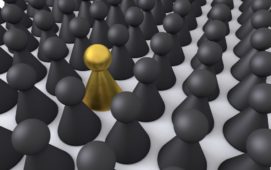