Perseus Telecom has announced that it has been in live operation since last October with a London to Frankfurt microwave service linking key marketplaces in each financial centre. The announcement comes as rival Colt Technology Services confirmed to Low-Latency.com that its microwave service – based on a network built by Custom Connect MW – is undergoing final tests, but is yet to go live.

Perseus CEO Jock Percy declines to say which technology partners it has worked with for its service, or indeed what they are providing. Likewise, he is not saying how many firms are using the service. He does venture, however, that it is not working with Custom Connect, and that its proprietary service has been “successful and availability is excellent.” For its part, Custom Connect previously said it had sold 60% of the capacity on its service.

Both Perseus and Colt are offering microwave service between NYSE Euronext’s Basildon data centre (housing the Euronext cash and Liffe derivatives markets) and Equinix in Frankfurt (where Deutsche Boerse’s cash and its Eurex derivatives market are housed). Trading strategies that arbitrage between the markets benefit from the lowest latency of transactions.

Both services offer essentially the same latency. Colt does not provide performance data, but Custom Connect says its network has a Basildon-to-Frankfurt roundtrip latency of 4.74 milliseconds, while Perseus quotes “less than 4.6 milliseconds.” Similarly, both are citing 99% or higher uptime.

In addition, Perseus is linking into other London data centres to connect to the London Stock Exchange, London Metal Exchange, Bats Europe, and other markets. Percy declines to outline the network topology it has deployed.

In addition to microwave, Colt also offers fibre connectivity between Basildon and Frankfurt, an offering also provided by Perseus. Percy says it has three fibre routes in place, the fastest being less than 8.3 milliseconds roundtrip.  When weather conditions make microwave unreliable, trading firms need to revert to fibre for communications.

In addition to Colt, Fixnetix is also selling capacity on the Custom Connect network as part of its managed service offering.

END_OF_DOCUMENT_TOKEN_TO_BE_REPLACED 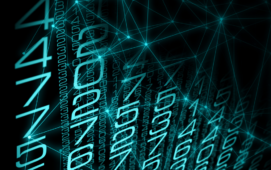