SteelEye, the holistic compliance technology and data analytics firm, has appointed Rob Friend as Chief Operating Officer, effective immediately. As the company plans for expansion into North America and Asia Pacific, and a Series-B fundraise to support further growth, Friend joins to scale SteelEye’s operations. Prior to joining SteelEye, he spent 12 years at Bloomberg, most recently as Global Head of Enterprise Product Implementation & Quality Assurance and previously as Chief Risk Officer for Bloomberg MTD. He also held earlier roles at Bank of America, Goldman Sachs and J.P. Morgan.

This webinar has passed, but you can view the recording by registering here. With only weeks to go until BCBS 239 takes effect on January 1, 2016, large banks within the scope of the regulation are making final preparations for compliance. Some may be more than ready on the day, others less so, but all...

END_OF_DOCUMENT_TOKEN_TO_BE_REPLACED 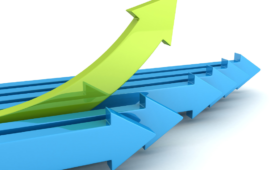 The appointment late last month of HSBC UK’s former head of financial crime compliance, Allan Clare, as senior advisor is the latest in a series of high-level appointments by financial crime risk and compliance specialist Plenitude Consulting. The hires come as the firm ramps up its RegSight obligations management platform, which helps firms identify rules...