This webinar has passed, but you can view the recording by registering here. Client onboarding and Know Your Customer (KYC) processes are becoming more complex as regulation drives towards the inclusion of beneficial ownership data and requires financial institutions to improve customer due diligence still further. The webinar will discuss the need for beneficial ownership...

END_OF_DOCUMENT_TOKEN_TO_BE_REPLACED 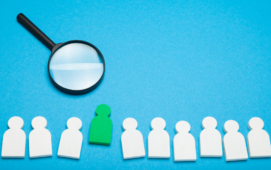 In an expansion of its executive team, Broadway Technology, the front-office solutions provider, has appointed Michael Chin as CEO. Chin will also join the company’s board of directors. Co-Founder Tyler Moeller, who previously served as CEO, will now take on the role of Chief Innovation Officer. This is a significant appointment for Broadway. Chin brings...