It may have been a quiet start for PaceMetrics in the enterprise data management (EDM) space when it bagged its first EDM client back in 2004, but the vendor is hoping to raise its profile in the space over the course of this year, according to CEO Gerry Giblin and director of global sales and marketing Norbert Boon. The vendor, which initially focused on the pricing and valuations data management segment, has now extended its reach further into the wider reference data management space and is hopeful that its lean data model approach will prove popular in a tough economic climate.

Giblin, who became CEO back in 2005, reckons the combination of PaceMetrics’ lean data model and process driven EDM approach sets the vendor apart from its competition, which he claims largely offers database driven solutions. The vendor is therefore pitching its flagship Assure solution as a new way of looking at the EDM challenge. “We look at the downstream consuming systems rather than building a monolithic centralised data management platform,” he explains. “By focusing on the consumables and downstream data challenges we are able to implement the solution faster and more efficiently.”

The solution has thus far netted the vendor half a dozen clients including a number of large sell side institutions and regulators, but Giblin hopes to double that number this year. The buy side is one such target, as are firms that lie outside of the vendor’s traditional geographic footprint, including the US. The vendor is seemingly very close to signing a US institution in the next month or so and should this come to fruition, Giblin indicates that a New York office will be established shortly thereafter.

PaceMetrics has already established a presence in London, Amsterdam, Frankfurt and Dublin, but the US is the next on the hit list. Earlier this month, the vendor also added a new face to its team in the form of ex-ING analyst Dick Severs as a senior consultant in Amsterdam. The addition of new staff and locations is all part of its more aggressive approach to the market now that it has finally got a list of customer references to its name.

However, Giblin indicates that the vendor’s competition seems to have woken up to the need for better integration with downstream systems and, accordingly, has added workflow modules and more intuitive front ends. PaceMetrics’ biggest competition currently comes from the bigger EDM players in the market: Asset Control and GoldenSource, but Cadis is also increasing its market share rather rapidly. Boon’s past experience as vice president of sales at Asset Control from 1994 to 2005 has also helped the vendor to understand where the competition is headed to some extent, he explains.

For its part, PaceMetrics is focused on improving its timeliness and has already invested in real-time technology to boost its platform’s capabilities. Assure also offers an auto create function that allows downstream users to post-authorise the creation of new products in the system, thus speeding up the new product creation process.

The vendor is therefore hoping to piggyback on some of the regulatory attention that is being directed at the data management space and pitch both Assure and its data monitoring solution PaceMaker at firms seeking to better manage their reference data in light of the new risk management and regulatory reporting requirements. “There certainly seems to have been a change in the approach to data management; it has moved from being a concern for the IT department to being a concern for the business as a whole,” he says. “There has been a lot of traction for data management in the post-credit crisis world and there are much bigger budgets coming from regulation and compliance requirements.”

Assure’s initial focus has been on pricing and reference data, whereas corporate actions and counterparty data remain works in progress, adds Giblin. However, PaceMaker is available to monitor these data sets across underlying downstream systems and act as a data reconciliation platform in the meantime. “It provides real-time reconciliation for reference data and can be used as part of an overall migration strategy to a new EDM platform,” he contends.

END_OF_DOCUMENT_TOKEN_TO_BE_REPLACED 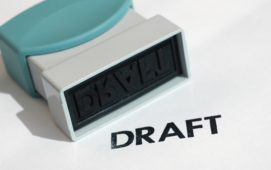 ESMA this week published its final report containing draft rules for third-country firms providing investment services in the EU under the MIFIR and MiFID II regimes. The document should provide some long-awaited clarity around the ability of third-country firms to operate in Europe – including, of course, the UK, upon its final departure from the...