One Month To Go ’Til EUSD; Industry Still Not Ready

With just over 30 days to go before the EU Savings Directive (EUSD) comes into effect on July 1st 2005, it appears the industry is far from being prepared. The impact of not being ready could at best result in financial institutions paying too much tax and having to deal with refund claims from customers, and at worst impact compliance resulting in heavy penalties.

EUSD – officially the Council Directive 2003/48/EC – requires financial institutions that act as paying agents to report and pay tax on cross-border savings interest payments made to a ‘residual entity’ (often an individual) within certain EU territories. While a significant issue, in particular for the paying agents, it has been effectively buried under the mounting pressures of higher profile regulatory issues.

Rumours about a possible delay in the deadline, however, appear to be unfounded according to CityCompass and as such they are “urging all securities firms that have not already started their EUSD project to begin immediately and not rely on gathering reporting information respectively, as this will prove expensive, inefficient and lead to possible misreporting and fines.”

So how are the paying agents progressing? According to Dermot Flahive, an independent consultant and project manager working on EUSD at Barclays who spoke at a recent seminar in London held by CityCompass and sponsored by FT Interactive Data, there’s good and bad news.

The good news from Barclays’ point of view is that they believe they will be in a position to report if payments are in or out of scope by the deadline for reporting (30 June 2006 in the U.K.; 31 March 2006 in the rest of Europe). But the bad news for the industry is that it will likely prove difficult to calculate the correct amount of withholding tax, particularly related to payments made on funds.

This view was backed up by FT Interactive Data’s data product specialist Yann Adams, who highlighted the funds as the tricky part as everyone has to rely on fund administrators to provide certain information on the ‘taxable interest’ portions of their funds’ income payments, when there is no real incentive for them to do so. The onus is fully on the paying agents to report or withhold the tax. There is the possibility, though, that forward-looking fund administrators may realize that making such information available to their clients could help them remain competitive.

Flahive said that Barclays did a mailing in November of last year to fund administrators and received little response. A subsequent mailing in the first quarter of this year to the top 50 fund administrators received a better response and promises have been made to supply the ‘TIS’ (taxable income per share) and ‘TID’ (taxable income in distribution) data, but so far “we’ve seen little data”.

As a result, he said, “We either pay too much to the client, which will be tough to recover from them, or we detract all the tax and refund them at a later date with interest and penalties. Both options are ugly. With 30 days to go, I can’t see how the industry can be ready.”

The paying agents have indicated a preference for using data vendors to collect and distribute relevant information. Vendors are in a good position to collect such data, such as which instruments are captured by the directive, and the fund asset compositions, as well as monitor income streams such as interest, distribution, liquidation and other payments. Beneficiary information like their tax status, tax ID number, and name and address is also important. Adding a further complication, local law in each jurisdiction means instruments have the potential to hold different statuses in each country.

Both FT Interactive Data and Telekurs Financial have been active in the space. FT Interactive Data is planning to make a new EUSD data module available from 6 June, and has been working with software providers to integrate the data. It is offering two levels of service. The basic service provides information for identification of instruments captured by the directive. The full detail service gives the depth of data – where available – to understand the full effect of the directive on each individual security and withhold tax ‘efficiently’ across different jurisdictions.

Telekurs, meanwhile has enhanced its Valordata Feed (VDF) to flag over 200,000 instruments that fall under the directive. Where asset test data for funds is available, Telekurs will provide a country-by-country liability report through VDF. Non-VDF clients in the UK and Ireland will also be able to purchase the EUSD module.
But as one paying agent in the audience pointed out, the paying agent still has the legal obligation to report correctly, which makes reliance upon information providers difficult. “Even if we report information based on that provided by data vendors in best faith, we will be the ones to incur the penalties for any error. While the Inland Revenue has done a lot to ease the process, this is one area it has not.” A possible way to handle this issue would be to include a liability clause within any service level agreement with suppliers.

END_OF_DOCUMENT_TOKEN_TO_BE_REPLACED 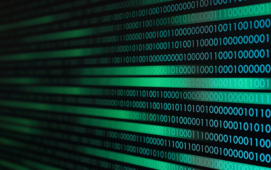 By Warren Breakstone, Managing Director and Chief Product Officer of Data Management Solutions, S&P Global Market Intelligence. As market participants work to understand their risk, uncover new opportunities, and try to make sense of the current state in the midst of COVID-19, there appears to be a heavier reliance on new sources of insight where...