So as somewhat expected, Nasdaq OMX is making a play for NYSE Euronext, pulling in IntercontinentalExchange as a partner, and offering a good premium over Deutsche Boerse’s bid.

Regulatory issues – which are likely to be significant for both bids – aside, the Nasdaq/ICE bid looks credible on paper. But what does it say – and what can one speculate – about the resulting trading platform and markets technology businesses?

First off, my colleague Andrew Delaney has already provided some thoughts on a Deutsche Boerse/NYSE merger.

Looking at a Nasdaq/ICE takeover of NYSE, the Nasdaq statement says a few things about the combination:

– it will “merge the trading, listings, options and market technology businesses.”

– it will offer “best-in-class technology expertise that is used in over 60 markets internationally.”

Actually, Nasdaq says on its website that its technology is used by more than 70 exchanges in 50 countries for trading across asset classes. It’s flagship trading offering is Genium Inet, for which it boasts “blazing fast sub-100 microseconds for order entry latency.” Whatever that means.

One can conclude that Nasdaq will look to its own technology as the “unified technology platform” in preference to adopting NYSE’s Universal Trading Platform (UTP). UTP is the exchange technology that NYSE has developed to run all of its markets globally, replacing the various systems in place at the Euronext exchanges, and Arca.

Also likely is Nasdaq’s use of pre-trade risk gateway technology from its recent acquisition of Ften, instead of the Risk Management Gateway (RMG) offering from NYSE. One would also expect some rationalisation of connectivity between the new trading platform and member brokers.

And seemingly ICE – which will remain separate from Nasdaq – will also use its own trading technology for the Liffe derivatives market, which currently uses a version of UTP. As per ICE’s website, its trading platform offers “sub-1 millisecond transaction time in its futures markets.”

All that said, one would expect the combined US markets to relocate to NYSE’s state-of-the-art Mahwah, NJ data centre, not least as Nasdaq’s current home in nearby Carteret is apparently at capacity. It’s also a multi-tenant building, and so inherently less secure than Mahwah.

In Europe, all of NYSE Euronext’s markets are run from its Basildon data centre near London, so that’s where they’ll no doubt stay.

Also likely to be kept from the NYSE side is its SuperFeed managed consolidated feed, and its Data Fabric messaging technology, as well as the Market Data Platform that leverages it.

For sure, none of this unification is going to happen over night. It will take months, probably years, to complete – for both the combined exchange and its customers. And careful thought will need to be given to keeping programming interfaces and data formats and protocols intact for member brokers and others interfacing with the trading systems or market data. And so one wonders how quickly the reduced costs from such unification will be seen?

END_OF_DOCUMENT_TOKEN_TO_BE_REPLACED 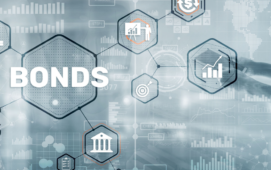