This week’s formal roll out of OpenMAMA – aka the open source Middleware Agnostic Messaging API – from NYSE Technologies and friends (now officially hosted as a Linux Foundation project) means that trading firms and vendors now have a choice of open data APIs, the other being Bloomberg’s newly open BLPAPI.

As well as the significance of IBM as a new supporter of the standard, also worth noting is the participation of BAML, which was known to be an early supporter of the common API developed by the Open Market Data Initiative. Given the lack of activity on the OMDI website, that project looks to be on the back burner.

When Bloomberg announced its open approach in February – with BLPAPI being made available under an MIT-style license – its CTO Shawn Edwards said: “We intend to evolve BLPAPI into an open standard with the help of an independent committee charged with managing the future development and stability of a truly open market data interface.”

Bloomberg has not – as yet – noted any third parties as supporters of its open BLPAPI, though speculation persists that Exegy will support it as well as OpenMAMA (it already has worked with Bloomberg to receive data into its ticker plant via the B-Pipe feed). Such a move would help Bloomberg as it seeks to move into the low-latency segment.

OpenMAMA is based on the proprietary MAMA technology built by NYSE Technologies (actually originally by Wombat Financial Software, acquired by the exchange unit in 2008).

The decision to open source the technology was one that took several years, and was taken after assessing a number of risks, NYSE Technologies’ director of alliances Feargal O’Sullivan told a recent Linux Foundation meeting. Those risks included: technical – ensure the code is well written and documented; business – a potential loss of license revenue while still incurring development and support costs, as well as potentially helping competitive data and middleware vendors; and legal – impact on existing customer contracts.

While opening MAMA could hit license revenue, NYSE Technologies is offering a maintenance and support service, which will benefit from widespread adoption of the API. It could also lead to more sales of the unit’s Data Fabric middleware and data services, since moving from competitive offerings also supporting the API would be easier. That of course depends on those offerings being better (or less expensive) than those from competitors.

END_OF_DOCUMENT_TOKEN_TO_BE_REPLACED 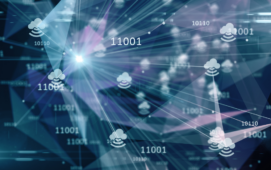