A just released STAC Report covering the performance of NovaSparks’ FPGA market data platform highlights not just its processing latency but also the deterministic nature of that latency under different data loads.

The STAC-M1 benchmark (as defined by financial markets participants and administered by the Securities Technology Analysis Center) measures the performance of direct data feed processing solutions according to a number of different criteria, including end-to-end latency and throughput.

The NovaSparks solution uses only FPGA microprocessors in its architecture, in contrast to offerings that augment mainstream x86 processors with FPGA acceleration of certain functions. As such, the company claims its platform is less prone to latency variance – or jitter – compared to its competitors.

The predictable – or deterministic – nature of the NovaSparks platform was borne out by the benchmark tests conducted by STAC, which simulated a Nasdaq TotalView ITCH feed being received at 2x and 20x a typical data rate at market open and close.

While for many the push to reduce latency further is not as big a focus as it once was, maintaining deterministic latency is still important for many trading strategies. Keeping latency constant under extreme market conditions has historically been a challenge, and its one that NovaSparks is looking to solve with its FPGA platform.

“Deterministic processing of market data at ultra-low latency rates is a breakthrough for an industry that is constantly re-assessing their ability to trade across all market conditions,” says Michal Sanak, CIO at proprietary trading firm RSJ.

END_OF_DOCUMENT_TOKEN_TO_BE_REPLACED 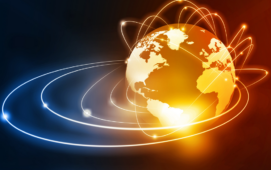