Nordea Plumps for GoldenSource As It Standardizes Data Platform

As part of an IT asset rationalization following the merger that created it, Scandinavian bank group Nordea has licensed GoldenSource’s reference data management platform software to create a group-wide infrastructure in support of trading, operations and regulatory activities. The deal will see a three-phase rollout, with first deliverable due at the end of next month.

Nordea was formed by the merger of a number of Nordic and Baltic region banks, including such well known names as Christiania Bank, Merita Bank and Nordbanken, in 2001. While the group has consolidated its branding under the Nordea name – for Nordic Ideas – it is only now engaged in the so-called Nordea Transformation Project, which aims to bring a common infrastructure across the group’s operations.

At the same time, Nordea plans to clean up its compliance reporting processes – particularly with respect to Basel II – and use the opportunity to implement more efficient systems where appropriate. As part of this exercise, the bank identified the need to improve its reference data management.

According to Paul Kennedy, vice president, product management, at GoldenSource, the bank began discussions about a new reference data platform around six months ago, when it embarked on an evaluation of the major vendor offerings in the marketplace. The bank recently opted for GoldenSource’s Enterprise Data Management platform, which it will use as the main system for consolidating, validating and distributing pricing, reference and corporate actions data from several sources in support of applications throughout the group.

Kennedy says GoldenSource will provide Nordea with its standard EDM suite of capabilities, plus a few special functions. The basis of the platform is a security master that will be used for importing data services from Reuters DataScope, Bloomberg and FT Interactive Data. The EDM platform will validate all data, before publishing it for consumption by downstream applications.

One of the custom aspects of the implementation, Kennedy says, is an interface to FT Interactive Data’s FTS service that will allow a number of fields from FTS to be published to downstream systems.

The first rollout is expected at the end of July, when the platform will go into production for support of a front-office trading system at the bank. Subsequent phases will see the addition of support for a collateral management system and a risk management system, believed to be Algorithmics.

The platform will initially support the bank’s fixed-income activities, but will be rolled out through other asset classes, including foreign exchange, treasury and equities.
For GoldenSource, the deal is a significant win, marking its first in the Nordic region. Kennedy reports growing interest from Europe in general, as growing business complexity and consolidation spreads, pushing demand for a universally agreed source of data to support systems and activities.

END_OF_DOCUMENT_TOKEN_TO_BE_REPLACED 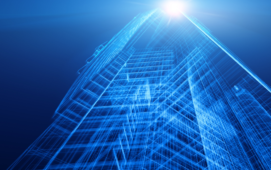 Tableau, a provider of business intelligence and analytics software, is working with capital markets participants to achieve priorities of driving customer growth, ensuring regulatory compliance, using data analytics for business insight, and identifying operational efficiencies. Most recently, it has added business science to its capabilities, democratising data science and providing business users and analysts with...