News – Machine Readable – is in the News

The low-latency delivery of machine readable news – to drive trading algorithms before the market moves – is a continuing story in itself. So here’s a quick roundup of recent headlines, including news from Selerity, Deutsche Borse, RavenPack and Thomson Reuters …

* Selerity has installed an aggregation point of presence at Equinix’s Frankfurt data centre, where it will act as hub for European markets. The company is already based at Equinix’s New Jersey and Chicago facilities, but the Frankfurt installation will cut out transatlantic communications and so greatly reduce latency for European firms focusing on local markets.

* RavenPack is collaborating with TMX’s Datalinx unit to help trading firms detect trends for the Canadian markets. TSX/CP Equities News has been introduced to RavenPack’s offering, and combines market information from TMX Datalinx with reporting from The Canadian Press, a national news agency.

* Thomson Reuters has rolled out its Elektron managed content service at the National Stock Exchange of India’s co-lo centre in Mumbai. Among other content, it will provide l0w-latency access to machine readable news services. The driver for this rollout is the rapid growth of algorithmic trading in the country. Some analysts estimate that by the end of 2012, the levels of algorithmic cash equity trading in India will be more than 20% of the overall trading volumes in the Asia Pacific region.

END_OF_DOCUMENT_TOKEN_TO_BE_REPLACED 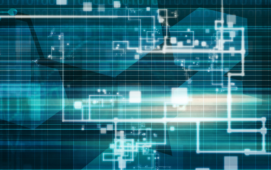