Proposed rules for derivatives trading could push up financing costs and create “material risks” for the global economy because of a lack of co-ordination, the US and European Union have been warned by the financial services industry.

The warning is contained in a letter sent on Wednesday by eight leading trade associations – including the European Banking Federation, the Futures and Options Association, the Investment Management Association and the Wholesale Market Brokers’ Association – to Tim Geithner, the US Treasury secretary, and Michel Barnier, EU internal market commissioner.

The letter warns that the extraterritorial effect of separate legislative initiatives in the US and Europe could have “significant adverse consequences” for financial and non-financial companies and for the wider global economy. It says: “Even if extraterritorial application of domestic rules and the associated erection of artificial barriers to the functioning for businesses with an international footprint is not the intention, in many instances the economic effects often associated with protectionism will result.”

It also says overlapping rules will push up costs, “which in turn undermines the ability of firms to manage risk and makes for higher financing costs for the real economy”.

The associations detail some areas where they see problems. These include duplicative licensing, authorisation and registration regimes, the extraterritorial application of margin requirements to the non-US offshoots of US financial firms, and similar dual requirements for US subsidiaries of non-US firms. The associations suggest a “mutual recognition” system between regulators, limiting the extraterritorial reach of their rules, provided firms comply with home country regulations. They also suggest similar arrangements should apply to clearing counterparties, so that regulators agree standards for “equivalence” and can recognise CCPs that have been approved in each other’s jurisdictions.

And they urge regulators to avoid discriminatory rules vis-a-vis locally regulated firms dealing with sovereigns from other jurisdictions. They point out that proposed rules in both the US and EU would require sovereigns outside these jurisdictions to post margin with the firms regulated under each set of regulations.

“We believe that there remains considerable scope . . . to prevent, alleviate or limit the harmful effects of such overlapping, inconsistent and ambiguous rules . . . regulators should seek to limit the damaging effects of divergence either by consultation . . . or by resolving these differences in the course of implementation of legislation,” they say.

Proposed rules on derivatives trading are contained in the US Dodd-Frank act, while the EU is bringing in a regime through freestanding legislation. Regulators on both sides of the Atlantic have made efforts to dovetail their overall approaches. But, as progress on drawing up the details of the rules in both jurisdictions has stalled, market participants have warned of worrying divergences.

According to Nick Dunbar, author of the Devil’s Derivatives: “Before the financial crisis, multinational banks touted their giant size and global reach as a win-win proposition for customers and stakeholders. When they got into trouble, bailing them out became a problem for national governments and taxpayers.

“Not surprisingly, regulations have emerged at a national level aimed at ensuring that taxpayers are not on the hook in the future. Unfortunately the changes have been too weak, and sprawling cross-border giants like Barclays and Bank of America still pose a too-big-to-fail threat. The banking industry may attack the inconsistencies in the new rules but it should be careful about drawing attention to the way in which the biggest problem has not been dealt with”.

END_OF_DOCUMENT_TOKEN_TO_BE_REPLACED 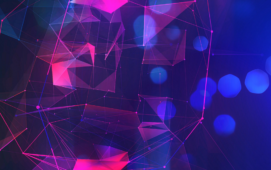