New Money for Correlix; But What Next?

While it didn’t make a splash about the event, latency monitoring specialist Correlix last week acknowledged that it has raised further capital from existing investors and hired former Island and Inet exec Richard Wilkins as vice president of sales, a position that has been vacant for a couple of years. Wilkins reports to founder and re-installed CEO Shawn Melamed, who is back in the top job for the foreseeable future following the departure of former CEO Dan Connell in November 2011.

Melamed isn’t saying how much new money was raised from investors, including Sequoia Capital, Blumberg Capital and Vernon & Park and Xenia Ventures, though he confirms that the company previously raised $23.8 million, since it was founded in 2005. He says the additional funding will be used for “additional product development and ability to fulfill our vision of an open platform for more applications than just latency measurements,” and that it will see the company through to being self sustaining. That’s in part because of a cost/headcount reduction program that’s been implemented, he says.

Meanwhile, Wilkins’ appointment in a full-time senior sales role should lead to revenue growth. Melamed says the company has in fact rolled out its RaceTeam offering to new markets in recent months, and he expects growth to come from new geographies and asset classes. He also expects revenue resulting from “a big initiative around an SDK that enables customers to extend our product for other use cases outside latency measurements.”

Interestingly, Melamed is cautious on the impact of the imminent 1.0 release of the FIX Inter-Party Latency standard (FIXIPL), commenting: “I haven’t seen any big demand from customers [of exchanges where RaceTeam is installed] yet, which are usually the real driver for transforming the market,” though he adds “I believe it’s good for Correlix because it will enable us to be more ubiquitous.”

Recorded Webinar: Ideas at the Edge – Managing Risk Information in the Siloed Enterprise

This webinar has passed, but you can view the recording here. Risk management has been accepted as the new imperative for financial institutions of all types and sizes. But for Tier 1 and Tier 2 banks and brokerages, the complexity of their organisations is presenting risk professionals with a thorny data management challenge: How to...

END_OF_DOCUMENT_TOKEN_TO_BE_REPLACED 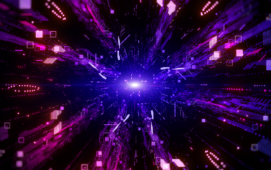