New Chairman of the ABFA

The Asset Based Finance Association has announced the appointment of its new chairman, John Bevan, head of Trade and Working Capital UK & Ireland at Barclays Corporate.

John has worked in the invoice finance industry for the past 16 years and been at Barclays Corporate since 2007 where he is responsible for growing the trade and working capital product offering along with providing continued value added support for Barclays Corporate clients. Prior to joining Barclays, he was managing director of Euro Sales Finance UK, the external division of Royal Bank of Scotland’s invoice discounting business.

Commenting on his election as chairman of the ABFA, John said: “It’s a real honour to become the new chairman of the ABFA at this important time for the industry. With the wider economy still subdued, companies using invoice finance have seen a massive 21% increase in turnover over the past year. Now is a vital time to get the message out to SMEs and larger businesses that there is finance available and, more importantly, this type of funding is both better for firms and an efficient way for lenders to increase liquidity in the market.”

Kate Sharp, chief executive officer of the ABFA, said: “It’s great to have John as the new chairman of the ABFA. He’s worked with us for several years and is one of the most respected leaders in the industry.”

Recorded Webinar: Bracing for the Wave—or Sailing Ahead of It? Reducing Risk Through Benchmark Data Controls

This webinar has passed, but you can view the recording here. The wave of LIBOR-inspired compliance requirements has particular implications for capital market participants. Proactive management of a firm’s risk and compliance environments is desperately needed to stay ahead of this wave. Of most concern for participants is the sense that they will be ‘unfairly’...

END_OF_DOCUMENT_TOKEN_TO_BE_REPLACED 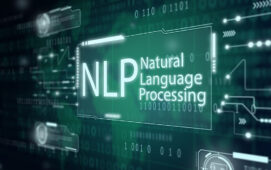 London-based communications surveillance specialist VoxSmart Ltd., has acquired speech recognition and natural language processing (NLP) provider GreenKey Technologies for an undisclosed sum. The deal will enable VoxSmart to strengthen its communications surveillance offering to global financial institutions, as it moves to position itself as a leader in NLP and voice analytics for financial markets. The...