Moody’s Faces Revenue Decline in Data and Analytics Biz, But Uptick in Risk Software for Q4

Although ratings agency and data and risk management solution provider Moody’s experienced a positive end to the year overall in terms of revenues, with a fourth quarter revenue increase of 16.9% on the previous year’s figures, the vendor’s research, data and analytics business was down for the quarter by 1%. The risk software segment, however, performed significantly better and was up 20% on the previous year’s figures, proving the Fermat acquisition at the end of 2008 to be a canny move.

Raymond McDaniel, chairman and CEO of Moody’s, is warily optimistic about what this year will bring: “We anticipate continuing recovery for 2010, but also expect market conditions to remain challenging until economic improvement across key markets is sustained. With this outlook, we are projecting a stronger revenue increase and a return to earnings growth for 2010, with ongoing expense management to support business initiatives and regulatory and compliance efforts.”

In the US, Moody’s Analytics’ revenue of US$66.0 million for the fourth quarter of 2009 declined 5% from the prior year period, which the vendor says reflects the effects of customer attrition due to financial market disruption in late 2008 and early 2009. However, outside the US market, revenue increased 10% over the prior year period to US$87.9 million, primarily driven by the growth in the vendor’s risk management software business.

These results are also reflected in the vendor’s results for the year overall with Moody’s Analytics revenue at US$579.5 million for the full year, up 5% from 2008. Revenue from research, data and analytics declined by 1% to US$413.6 million, and professional services revenue was down 10% to US$20.8 million. For the risk management software business, revenue increased 33% to US$145.1 million, due to the acquisition of Fermat International in late 2008 and what the vendor terms to be “good growth” from legacy products and services.

The vendor attributes the decrease in Moody’s Analytics’ data business to a realignment of revenue by product grouping. However, the vendor has been fairly quiet on the data solution front over the last 12 months and is predicting a “low” single digit increase for the business in 2010. For all intents and purposes, Moody’s seems to be focusing more on its risk management offerings and perhaps moving away from the data side of things.

Given that there has been some speculation about whether the vendor would be interested in buying data provider Interactive Data, these results would perhaps suggest that such a move would be unlikely. The firm may have the capability to acquire the vendor but is seemingly focusing its efforts on the risk management sector.

The vendor has, for example, been actively pitching its Fermat offering to the UK market as a solution to meet the Financial Services Authority’s (FSA) new liquidity regime. The solution follows along similar lines to its previous risk management solutions, which are largely based around Basel II requirements.

Moody’s acquisition of Fermat back in September 2008 was perhaps a precursor to the frenzy of acquisitions going on at the moment in the risk management and analytics space. The consolidation of vendors such as Aleri and Sybase should make the competition between the larger players that remain (after the M&A dust has settled) much more intense.

END_OF_DOCUMENT_TOKEN_TO_BE_REPLACED 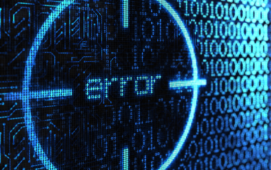 The interfirm linkage for the Equities Phase 2a of the Consolidated Audit Trail (CAT) went live in the US today (October 26), with firms now required to validate transaction linkages between them to ensure orders are routed correctly. One of the most important milestones of the entire CAT journey, the interfirm linkage requirements are nevertheless...