According to an email he circulated earlier today, Hirander Misra has resigned as CEO of Algo Technologies, a vendor of low-latency data management and connectivity, and matching engines. Misra gave no reason for the resignation, but said he would remain a board director and shareholder in the company.

As for his immediate future, Misra said in his email: “In the near term I have been approached to provide some consulting advisory time to a couple of firms in the electronic trading space around MiFID II, market structure changes and product development and so will do that over the next few months ahead of any more formal appointment that may transpire.”

A well known industry figure, who often speaks at conferences, Misra was COO of Chi-X Europe before joining Algo.

No word yet on who is replacing Misra. When I find out, I’ll update this post.

END_OF_DOCUMENT_TOKEN_TO_BE_REPLACED 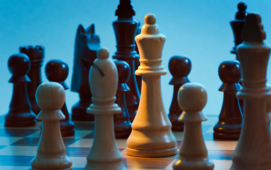 EOSE, a provider of market data solutions, has appointed Dan Marcus as strategic advisor to help support the company’s next stage of development. He joins EOSE’s advisory board that includes KPMG’s asset management advisory team. EOSE was founded in 2018 by Suzanne Lock to help financial institutions commercialise their market data. Clients already on board...