FPGA networking platform provider Metamako has launched capability to run different FPGAs [field programmable gate arrays] at once, saving its users the costs of data center rack space and freeing resources for use with other applications and functions, according to officials at the provider.

“One of those FPGAs could be used for the watch application or be used for aggregation and timestamping of data while other FPGAs do other applications or computing functionality,” says Ciaran Kennedy, business development manager at Metamako.

The Xilinx Kintex UltraScale and Virtex UltraScale+ FPGAs can now be used through Metamako, with near-zero latency links between these FPGAs. Users can run trading algorithms, pre-trade risk checks or market data processing on each of these all at once, or program all the FPGAs to work together on a single trading strategy.

“This is basically a step change in capabilities,” says Kevin Covington, CEO of Metamako. “With multiple FPGAs, they can distribute their logic across multiple devices without necessarily having conflicts between each of the FPGAs.

“On a single device, users can capture packets and feed those into analytics or monitoring, and at the same time, on another device, run business logic that can work with data flowing through – to modify the data, react to changes in the flow or potentially switch off data, depending on what they see,” he adds. “Being able to combine capture on one side and business workflow on the other and bring those two things together is quite an interesting opportunity.”

Metamako will work with users form the right combination of FPGA resources, according to Kennedy. “We build products, then support them – we’re not building custom devices,” he says. “Once you select options, they fit into our standard delivery, support and maintenance processes.”

END_OF_DOCUMENT_TOKEN_TO_BE_REPLACED 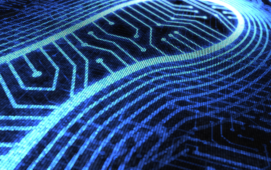