Apps and upgrades are delivered using downloadable software updates, and external PCI Express connectivity is provided between the FPGA and server components of the device, allowing applications needing more power than the FPGA provides to be loaded across the components and to sustain low latency and determinism. MetaApp supports 32Gbytes of RAM, which acts as a buffer for the FPGA, and 2Tbytes of storage. It also adds time synchronisation capability and compatibility with all MetaMux applications.

Proving the speed of the first MetaApp device, MetaApp 32, benchmark tests carried out by the Securities Technology Analysis Center (STAC) show the device setting a record benchmark for hybrid layer 1+ aggregation switches at an average of 60 nanoseconds for each switch hop. The benchmark measured a roundtrip involving two hops to the device and back again, representing a typical use case of multiple trading algos aggregating orders to an exchange link. The network path involved both the MetaApp FPGA and the inbuilt layer 1+ switch. The tests used six different message rates and four different message sizes, with results showing an average latency for each hop of 60 nanoseconds across all message rates.

Dave Snowdon, founder and co-chief technology officer at Metamako, explains: “The use case in the STAC report reflects a typical exchange scenario, where orders are aggregated into the exchange and the return traffic from the exchange is distributed to multiple servers via MetaApp. The results demonstrate that our devices are exceptionally fast. However, what’s almost as important for trading applications is that the latency is deterministic, predictable and has extremely low jitter.”

MetaApp has been in beta test at Metamako customer data centres since February of this year and is now widely available with a number of devices in production. Snowdon says the speed of MetaApp is four to seven times higher than that delivered by switches from suppliers such as Cisco and Arista, which do not build devices specifically for financial services use cases, although the cost is comparable.

END_OF_DOCUMENT_TOKEN_TO_BE_REPLACED 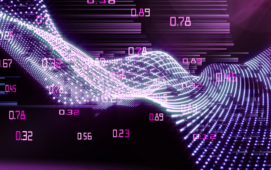