European Commissioner for Internal Market and Services Charlie McCreevy has called for the industry to establish central clearing counterparties for the credit derivatives markets before the end of the year. During the first meeting of the European Commission’s working group on derivatives, McCreevy stressed the urgency for more transparency in the market, especially in the area of credit default swaps (CDSs).

“At US$600 trillion, the size of derivatives markets today is such that we cannot let this OTC market continue without adequate counter party clearing. This is particularly urgent for CDSs,” he told the group, which is composed of representatives from the industry and the regulators and chaired by the European Commission.

Participants at the meeting also agreed that technical work would proceed in subgroups to deal with issues such as which CDS types would be cleared by when and which standards should apply to central clearing counterparties to ensure their robustness. The subgroups will also discuss how to ensure coherence with work taking place in the US, how to deal with price reporting, and how to ensure adequate information and supervision by regulators. The derivatives working group agreed to meet again early in December.

The Commission’s objective is to set up a clear roadmap on how to ensure that CDS are cleared through a central clearing counterparty by the end of this year and all participants confirmed that this was reasonable timing.

McCreevy discussed his concern about the derivatives market in light of the market conditions: “In the current crisis these complex and often opaque instruments have come under the spotlight. Given their size the question most frequently being asked is do they pose unnecessary risks to financial markets?”

He has a particular concern about CDSs because they now account for around 10% of all derivatives and can result in large payments having to be made in the event of a bankruptcy of a company. The fact that these derivatives are traded OTC gives rise to concerns that in the event of the failure of a significant party to honour its obligations there could be serious knock on effects for other financial players, says McCreevy.

“I am aware of the many reasons why more of these derivatives are not exchange traded. However I am not convinced that more derivatives could not be standardised. This is one of the issues we need to look at in the time ahead,” he continued. “But there is a far more pressing need and that is to have a central clearing counterparty for these derivatives. This has been underlined by the collapse of Lehman who was a major counterparty in the derivatives area. In addition there was also considerable speculation on Lehman’s default through the use of CDSs, which again increase the counterparty risk in regard to these instruments.”

According to estimates of the Bank for International Settlements the total notional amount outstanding for CDSs is almost US$60 trillion dollars, which is 10% of the total derivatives market. “No one is able to say how these swaps will unwind. Regulators have little sight of potential liabilities that could be building up for individual participants. The opaqueness of these products leads to nasty surprises when things go wrong,” McCreevy warned.

“The failure of the Icelandic banks is the latest in a line of credit defaults in recent weeks. Already at least one bank has had to write down a significant amount as a result of the failure. The potential knock on effect to other players in the market is obvious. Regulators need to have a much better view of where the real risks in these instruments lie,” he continued.

He stated that he would also like to have by the end of this year, concrete proposals as to how the risks from credit derivatives can be mitigated. “More generally, I also would like to have a systematic look at derivatives markets in the aftermath of the lessons learned from the current turmoil,” he concluded.

END_OF_DOCUMENT_TOKEN_TO_BE_REPLACED 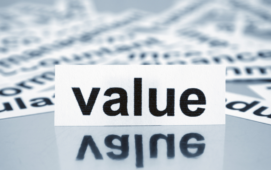